It probably comes as no surprise that rumors of a portal to Hell exist at a place called the Devil’s Gate: the name itself kind of gives away the ending. But these rumors aren’t those recently concocted by high school kids or someone’s big brother intent on scaring his siblings. Rather, the rumors date back all the way to decades past of Arroyo Seco in Pasadena, California.

There are rumors of a spiritual connection rampant among locals and visitors, with reports of the water running through the gorge sounding like laughter. Locals attribute it to coyote spirits – coyote spirits with an apparent sense of humor.

Back in the 1920s, the Arroyo Seco was damned to control flooding at its narrowest point. It was quickly deemed the “Devil’s Gate Dam,” a nod to the demonic face and horned figure that formed in the rock. Two decades later, a group of people dedicated to the occult attempted to use rituals to open the rumored portal to Hell.

This, just as before, wasn’t perpetrated by high school kids. Instead, the group included Jack Parsons, who was literally a rocket scientist, and L. Ron Hubbard, the man who’d become known as the founder of Scientology. They wanted to elicit a “moonchild,” an Antichrist figure they believed would lead to a revolution in Thelema law, a philosophy adopted by Aleister Crowley (an English writer and magician). Thelema law went by the mantra, “Do what thou wilt shall be the whole of the Law. Love is the Law, love under will.”

During the next decade, a series of creepy events occurred in succession. First, Parsons died in an accidental explosion. Then, several children went missing in the area of Devil’s Gate. They were never found, but a serial killer claimed credit for two of the children thirteen years later. Because he was a highway construction worker at the time of their disappearance, it’s believed that their bodies may be hidden among the California freeways. Hence, they are unlikely to ever be discovered.

Two more children also disappeared. One turned the corner directly in front of his parents, never to be seen from again. The other disappeared while returning to a YMCA campsite. Like the first boy, this child was without supervision for only a few short seconds.

It is believed by some that the rituals Parsons performed did indeed do what he intended: they opened a portal to Hell. Thus, the area quickly became a hotspot for evil, demonic activity, and unexplained disappearances. Others don’t quite buy into this way of thinking, but they might stay away, just the same. After all, it’s better to be safe than missing.

In the present day, the Devil’s Gate draws the attention of ghost hunters and people who have an interest in paranormal activity. Some go simply for the thrill while others are true believers who want to glimpse the alleged portal with their own eyes. The Devil’s face on the rock remains, leaving people who see it to forever wonder exactly what he’s thinking. 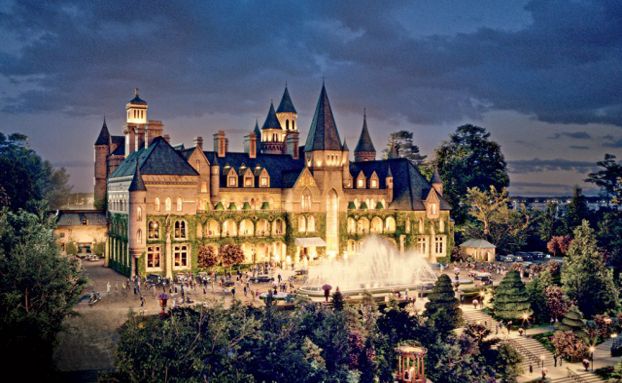 The Most Iconic Houses From Your Favorite Films
From a major or minor role, it’s no secret the setting of a film is often a crucial part of any movie. For these films, the homey location turned out ...
click here to read more
Advertisement - Continue reading below
Share  On Facebook

Fortunate People Who Should Thank Their Lucky Stars

These Are All the Things Millennials Are Wiping Out