Interesting Facts About ‘Gone With The Wind’

Gone with the Wind may have been a dream to see on the silver screen, but its production period was a nightmare. Yup, that’s right, one of Hollywood’s most beloved films was riddled with obstacles and drawbacks. From the neverending search for the perfect Miss O’Hara to the irate and disgruntled actors, we bet that frankly my dear, you’ll give a damn about these five interesting facts about Gone with the Wind.

The film’s original director, George Cukor, was let go after 18 days into filming and was swiftly replaced by Victor Fleming. A few months into directing, Fleming (known at the time for his direction of  The Wizard of Oz) suffered from a mental breakdown mid-production and threatened to drive his car off a cliff. He was replaced by Sam Wood until Fleming felt well enough mentally to return to set and finish the film.

Many famous starlets at the time yearned for the famous role of Scarlett (If you search on Youtube, you can find many of their screen tests), but it seemed like there was no one that could capture the true essence of the fierce and beloved heroine. When Vivien Leigh was cast in the role, filming had already begun, and the first scenes were filmed using a body double for a person that didn’t exist yet. How did fans react to the casting of Leigh? Disgruntled fans RESENTED the idea of an Englishwoman playing the role. Complaints soon died down after the film was released.

3. Clark Gable Was No Gentleman On Set

It is said that Clark Gable had something to do with the firing of the film’s original director, George Cukor. Gable considered the director to be a “woman’s director,” and he became troubled with the idea that all the attention might be on Vivien Leigh, instead of himself. Not only that, but Gable threatened to walk out on the film entirely when he was told that he may need to cry in the film. Gable felt that showing tears may make him seem weak and emotional.

4. Hattie McDaniel Was The First Black Woman to Win an Oscar

Hattie McDaniel’s performance as Mammy won her an Oscar, making her the first black woman to win the astute award at the time. She beat out costar Olivia de Havilland in the Best Supporting Actress category, and although she had won, she was not allowed to attend the ceremony due to segregation laws at the time.

5. The Most Famous Line in the Script Almost Didn’t Make It

In comparison to the language heard in today’s media, the word “damn” is very demure, however, at the time, it was bad enough to be banned due to the strict moral codes of Hollywood during that decade. In the end, the film’s producer had to negotiate with the Motion Picture Association for months before they were given permission to use the word. Audiences were shocked by the language, of course. However, you know what they say in the entertainment business “any publicity is good publicity.”

Vivien Leigh was very vocal about her feelings towards kissing Clark Gable. Due to a gum infection Gable had contracted when he was in his early 30s, he had to wear dentures, which according to Leigh “smelled something awful.” In response, it seemed Gable had quite a sense of humor about the situation and tried to make things worse for his costar by eating garlic before their romantic scenes.

Which of these facts shocked you the most? 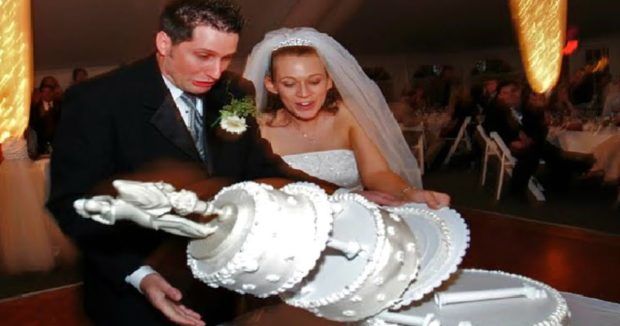 Hilarious Wedding Fiascos Caught on Camera
Check The Video Below! Girls have been known to dream about their wedding day at a young age. From playing dress-up with their friends to acting out the occasion, it’s usually ...
click here to read more
Advertisement - Continue reading below
Share  On Facebook

The Most Popular Celebrity “IT Couples” Over The Years

Stunning Abandoned Places You Must Visit

From Athens to Ann Arbor, These Are the Best College Towns in America

These Burger Joints Will Make The Cross-Country Trip Worth It

‘The Ellen DeGeneres Show’: Behind the Scenes Details Revealed