Hollywood is far from all the glitz and glamour that we regularly see on the big screen. In fact, it’s downright tragic at times, as you’ll read about in the following unsolved murder mysteries. Just be warned, these stories are NOT for the faint of heart.

Elizabeth Short was a 22-year-old woman who had moved to Los Angeles from Florida to pursue an acting career. Interestingly, she had no known acting credits or jobs during her time there, and unfortunately she would never get the chance to expand her resume as she was found dead on the morning of January 15, 1947. Her body had been mutilated in a horrific manner and dumped in a vacant lot. The press nicknamed Short the “Black Dahlia” as the case became widely publicized across the nation. Yet, investigators were stumped; they interrogated practically every man who had come into contact with Short but found no solid evidence as to who could have committed such a heinous act. Then, the killer began mailing the contents of Short’s purse to local newspapers, but authorities still failed to track the culprit down. The case remains one of Hollywood’s oldest unsolved murder mysteries.

Pier Paolo Pasolini was a controversial yet incredibly influential figure in the world of Italian film. On November 2, 1975, 53-year-old Pasolini was found dead, having been brutally beaten and run over by his own vehicle. Seventeen-year-old Giuseppe Pelosi was caught at the scene of the crime, and subsequently confessed to the murder. But the details of the case became less clear-cut over time, as Pelosi claimed 29 years after the conviction that the murder was actually committed by three Southerners who accused Pasolini of being a “dirty communist.” The case was then reopened, but a continued inquiry was declined by the judges working on the case due to there being an insufficient amount of new evidence. To this day, Pasolini’s family believes that his death was likely a politically charged assassination during an era of political turmoil in Italy.

Marilyn Monroe’s death in 1962 was famously ruled a “probable suicide” when the posthumous toxicology report showed that she had overdosed on barbiturates. However, even to this day, her cause of death continues to inspire conspiracy theories. One of such conspiracy theories is that her death was a murder to cover up her alleged affairs with both Robert F. Kennedy and John F. Kennedy after she threatened to go public with them. Another conspiracy theory states that a lethal dose of the medication was given to her by her psychiatrist, Dr. Ralph Greenson, with whom she also had an affair.

After complaining about a severe headache, beloved martial artist and actor Bruce Lee went to take a nap on the evening of July 20, 1973, and never woke up. He was given a combination of aspirin and the tranquilizer meprobamate by his colleague, Betty Ting Pei, a Taiwanese actress with whom he had dinner that night. Conspiracy theories quickly began to fly that she had intentionally poisoned him.

Natalie Wood was the It-Girl of 1960s Hollywood, starring in classics like West Side Story, Gypsy, and Sex and the Single Girl. But she put her acting career on hiatus in the 1970s and had a child with Robert Wagner, whom she had previously married and divorced. While on a yachting excursion with Wagner off Santa Catalina Island on November 29, 1981, Wood’s body was mysteriously found floating about a mile away from the yacht, and the autopsy revealed that she had bruises and abrasions on her body, as well as a cocktail of pain medications and alcohol in her system.

Her death was ruled to be accidental drowning and hypothermia, but the true story seems to be more complicated than that: To this day, no one is quite sure how she got in the water in the first place, although then-Los Angeles County coroner Thomas Noguchi suggested that she may have slipped and fell given the alcohol in her system. Wagner claimed that there was no foul play on his part, although he admitted later that the two had a big argument right before Wood disappeared. Additionally, Wood’s sister asserted that Wood was terrified of water and under no circumstances would’ve gone in on her own accord. 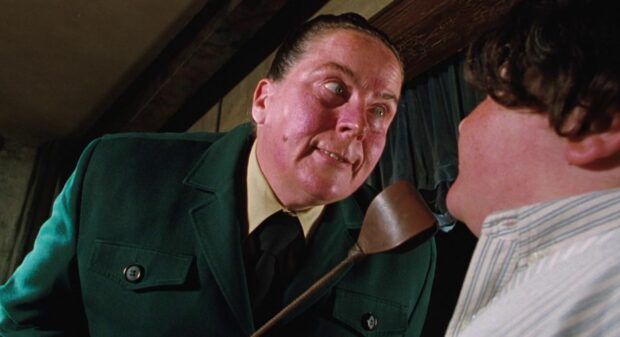 The Most Infamous Movie Villains, Then and Now
Every story needs a hero, sure, but what about the villain? One could make the argument that having a solid, diabolical villain is just as important as having a wholesome ...
click here to read more
Advertisement - Continue reading below
Share  On Facebook

Hollywood Celebrities and Their Pampered Pets

Prices on Grocery Items in 1985 vs. Today

The Most Popular TV Show in Each State

The Strangest but Coolest Cars in ‘Jay Leno’s Garage’