With the return of the NFL regular season finally here, football is about to dominate the sports and pop culture world for the next few months. It is by far the most popular sport in America and brings in billions of dollars each and every season.

Millions of children and adults alike love to watch and play the game of football and the pictures you will see throughout this article take us on a trip back in time and see photos that were taken during the infancy stages of American football. We will also talk about the history of the sport and the unbelievably popular league.

But despite this immense popularity, the NFL has been around for less than 100 years. In fact, the league was first founded in 1920. The sport was an evolved version of other sports like rugby. And while the NFL began in 1920, the actual beginning of American football as we know it didn’t come that much earlier.

The first-ever game of American football was played in 1869 between two college teams, Rutgers and Princeton. At the time, they used rules based on association football at the time. However, by the 1870’s they switched rules again, but the game was still pretty far away from where it is now. They basically made the transition from soccer-like rules to rugby-like rules.

But thanks to the “Father of American Football,” that all changed in 1880. Walter Camp established the concept of downs, that teams should be 11 players and a number of other changes were made in the future such as legalizing the forward pass and much more.

And while the first college game took place in 1869 as mentioned, the first professional game didn’t take place until 1892, where a player was paid $500 to play. Over time, playing professionally became more common and thus, a league was created in 1920 to make everything easier and more official.

And within two years, the NFL already solidified itself as the biggest and best football league in the world, a title that they have never relinquished. And while athletes in the sport now make millions and millions of dollars, it wasn’t always like that. These individuals in the pictures you see throughout this article didn’t play the sport for immense wealth, they played it for love.

And that love is why millions of people still play this game for fun and even pay hundreds or thousands to go to games or support their favorite teams by buying jerseys, hats, shirts and more. While the NFL and American football have grown to be immensely popular, it is important to remember the history and appreciate it.

And what better way to do that than to observe the individuals that helped usher this sport into the world and help turn it into what it has become today. You’ll notice that a lot has changed from then to now, from the uniforms to the size of the athletes. 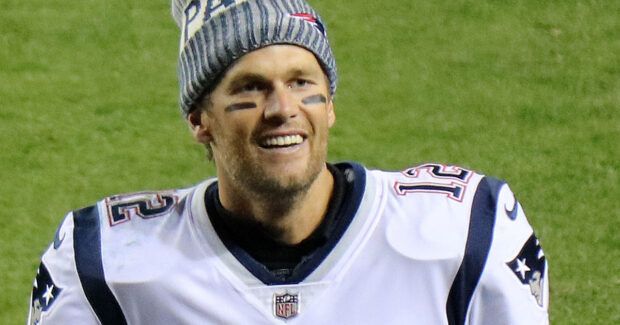 These Are the Highest-Paid Players in the National Football League
The National Football League is America’s biggest sport when it comes to television ratings. All those viewing dollars are translated into immense contracts that dwarf most careers no matter where ...
click here to read more
Advertisement - Continue reading below
Share  On Facebook

Weird Mansions: Home Designs That Fall Way Outside the Norm

Dine Like A Celebrity At These Actor & Athlete-Owned Restaurant Chains

Fascinating Facts That You Definitely Didn’t Learn in School

The City-Themed NFL Helmet Concepts That Need To Be Made