The gates at the entrance of Auschwitz read “Arbeit Macht Frei” – “Work Sets You Free.” Prisoners were transported to the concentration camp by train. In an interview with Smithsonian Magazine, Holocaust survivor Leo Schneiderman recounts being told by Nazis, “You did not come here to work, you came here to be killed. You’re just waiting your turn.” The grounds were previously used as a jail for Polish political prisoners.

The brick buildings called “extermination buildings” were filled with gas chambers to kill prisoners. The first block —aka gas chamber — upon entrance into Auschwitz is Block 4. Most women, children, and elderly or handicapped people were brought directly to the gas chambers after getting off the train. Today, prosthetic limbs, crutches, and Jewish prayer blankets stolen from Auschwitz prisoners before their death are displayed there.

This photograph offers a clearer look at the blocks of Auschwitz. Note the electric fence which surrounds the concentration camp. The white buildings housed prisoners, confining five to six people to one bunk bed. This view of the gas chamber and prison help to understand the feeling of hopelessness that prisoners encountered. The electric fence perhaps sends the message most clearly: you can’t escape, and you will die if you try.

Pictured above is yet another symbol of “no escape.” Nazi guards remained on duty to look out over the concentration camp. Prisoners were branded with an identification number and forced to wear striped suits. If a prisoner tried to escape, he or she would be shot instantly. Miraculously, there are 144 people known to have escaped Auschwitz.

This dismal area of concrete was called a “courtyard.” It is easy to imagine the struggle between prisoners ripped from their bunks and dragged to the gas chambers by Nazis. Soldiers followed lists to determine the chronological order of prisoner killings. The numbers tattooed onto prisoners were used to ascertain their identities. This particular “courtyard” lies between Blocks 10 and 11. In Block 11, Auschwitz prisoners were tortured and subjected to medical “experiments.”

This final shot taken by the BBC News drone allows you to see the remains of Auschwitz in its entirety. The fog and dismal atmosphere fits the setting well. Perhaps most remarkable of all: of the 7,000 staff of Auschwitz, a mere 750 were criminally charged. 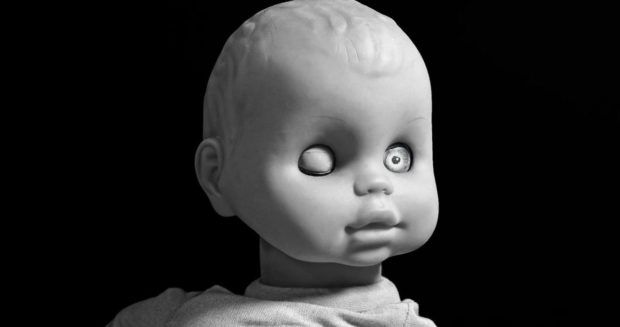 You Won't Believe the Strangest Things People Found in Their Attics
You’ve heard the saying “one man’s trash is another man’s treasure.” Homeowners have discovered priceless jewels and artifacts left behind by previous owners, while others have found things — and ...
click here to read more
Advertisement - Continue reading below
Share  On Facebook

Did You Know That These Stars Were Adopted?

More Than Mochas: Starbucks Secret Menu Items You MUST Try

The Most Daring Red Carpet Looks in Grammy Awards History

Historical Figures Who Lived Long Enough to Be Photographed