If you were to go on a quest to find the Socialist Federal Republic of Yugoslavia today, you’d be out of luck. The country disbanded in 1992, and in its place are several nations like Croatia, Macedonia, Bosnia, Serbia and Montenegro.

There are still some relics from the former Yugoslavia that are hanging around — including several eerie-looking war monuments.

Former Yugoslavian President Josip Broz Tito commissioned these monuments. Serving in office from 1953 to 1980, Tito is regarded as a controversial figure in his nation’s history. For some people, Tito stabilized the country. For other people, he was viewed like a dictator who installed questionable policies.

However he was viewed, Tito tried to stomp out nationalism and end the clashes between ethnicities by unifying his citizens to respect Yugoslavian history. These monuments were part of the strategy.

They were designed to commemorate soldiers and battles of World War II. While Tito and the government designed and produced dozens of monuments for the project, several of them no longer exist. Due to poor upkeep and vandalism, the monuments fell out of popularity when Yugoslavia dissolved in 1992.

A few of these Yugoslavia monuments still exist today. They have since been neglected and are abandoned. Explorers can find them all across the countries that occupy the former Yugoslavia.

This memorial — nicknamed Monument to the Revolution — can be found in the Kozara mountains in Bosnia. It is dedicated to the Battle of Kozara in 1942.

This is a monument in Slovenia dedicated to fallen solders during World War II. Janez Lenassi designed it.

While this monument was built at the same time as the other ones on this list, it is not dedicated to a World War II event. Instead, it is dedicated to the Ilinden Uprising of 1903.

The monument above was completed in 1970. It is located in Bosnia and it is dedicated in memory of the victims of the Axis forces at Sanski Most. As you can tell, the monument has not been maintained since it was completed, and it has been vandalized.

The World War II monument— dedicated to those who fought the fascists in Croatia — is roughly 25 meter highs.

This relic was designed by Ivan Sabolic and it is located in Serbia.

You can find this above monument in Serbia. It is dedicated to the Battle of Kadinjača.

If you want to see this odd looking World War II monument, you’d have to travel to Croatia. It is located near the border with Bosnia.

This monument, currently located in Croatia, was dedicated to the Serb peasants who died while battling the Ustase Militia during World War II.

Believe it or not, this one above was one of the first monuments in this project. It was designed by Yojin Bakic.

You can see this monument above in Bosnia, and it is dedicated to the Battle of Sutjeska. It is one of the more interesting of these Yugoslavia monuments.

Which of these creepy Yugoslavia monuments do you find interesting? Would you go on a trip to visit them? Let us know in the comments. 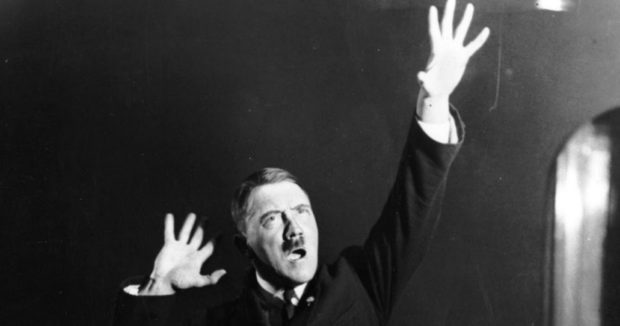 These Unbelievable Photos Help Tell the Story of World War II
Some of these amazing World War II photos are iconic, but other images that we’ve compiled are lesser-known. World War II was perhaps the most dramatic period of the 20th century, ...
click here to read more
Advertisement - Continue reading below
Share  On Facebook

Ace Trivia With These Facts From ‘The Goonies’

The Most Requested Funeral Songs Of The Last Decade

These Unbelievable Facts About Vikings Will Stun You

Famous Heirs and Heiresses Who Inherited a Fortune

In Preschool, He Told His Classmates He Would Marry Her — 20 Years Later, He Did