This Historic Home Can Be Yours for $10, but Will Cost Thousands More to Move It

A giant mansion for sale is making headlines for its ridiculously low asking price, but there’s a catch if you want to pick up this gorgeous piece of real estate.

The historic home in Montclair, New Jersey is on the market for just $10, but the cost of preserving its archival significance will run you almost $100,000 more as the new owner must uproot it. The new owner must lift the $10 New Jersey mansion as is to a new location a quarter of a mile away or less.

The decision to keep the home intact was a win for the Montclair Historic Preservation Society (HPC) who fought to save its integrity after the Township Planning Board gave final approval in June 2017 to tear down the home making way for eight homes on the property by BNE Real Estate Group.

The board ordered the house be listed at $1.35 million, but to HPC it was priceless.

“I think the existing building is worth saving and also the existing landscape, which, when you put in these houses, will be gone and never will come back,” Stephen Rooney – who sits on the Historic Preservation Commission – told NorthJersey.com.

The history of the six bedroom, three bath, 4,000-square-foot wood-shingled colonial residence – complete with a gazebo and tennis court – dates back to 1906.

It was built by local famed architect Dudley S. Van Antwerp on 2.7 acres of land. It’s most recent resident, Aubrey Lewis, who died in 2001, had a history of his own. Lewis was a stand-out athlete in Montclair High School and the first black to be captain of an athletic team at Notre Dame University while starring with the track squad, according to the New York Times. Lewis also became one of the first black FBI agents. Lewis served on the New Jersey Sports and Exposition Authority, overseeing the construction of Giants Stadium.

Montclair is known for preserving their historic homes. In July 2017 the historic Carriage House was moved by Wolfe House & Building Movers for just under $120,000.

It will cost hundreds of thousands of dollars to move the $10 New Jersey mansion, but BNE plans to help a little by contributing $10,000 toward the razing. Any renovations the buyer makes must meet historic guidelines along with disposing of lead paint and asbestos before even bringing a forklift to the home. The HPC also requested BNE provide a photographic record of the home and property for Montclair’s historic archives.

See more pictures of the home and property below. SHARE this story with anybody you know who loves historic houses!

A beautiful view from the road.

It gets plenty of sunlight!

Park your car in style! 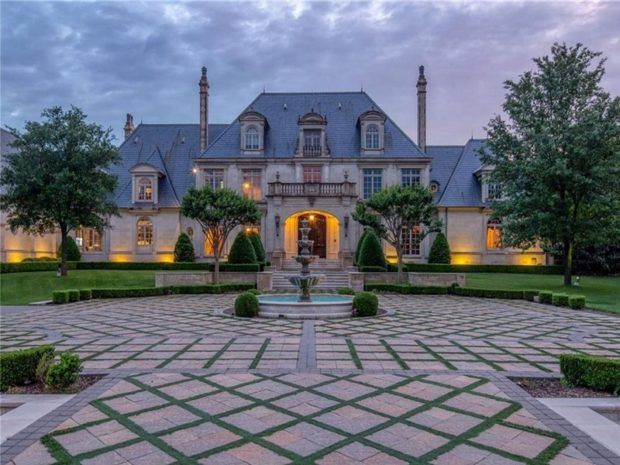 Expensive Mega-Mansions That Are Nearly Worthless Today
Celebrities and people with money to spend have invested part of their riches in living a comfortable life, which includes having a grand mansion to live in. While some people ...
click here to read more
Advertisement - Continue reading below
Share  On Facebook

Fascinating Facts About the History of Alcatraz Prison

Fascinating Facts About You Never Knew About Russia

Here’s Everything You Need to Know About GERD

The Most Iconic Redheaded Actresses

These Genius Vaseline Hacks Will Make Your Life Infinitely Easier

These People Must Be Experts in Revenge