If you dare to venture past the city of Uyuni, Bolivia, you’ll come across the world’s largest train graveyard — a Mad Max-esque freight show in the middle of a barren wasteland. As if from a ghost story, the tourist attraction didn’t always exist simply for cool selfies and parkour artists. The park is rich in history, starting in 19th century, Bolivia.

The president at the time, Aniceto Arce, originally planned to build a state-of-the-art railroad system, but his goal was deterred by indigenous tribes, who fought against the intrusion on their land and lives. While the rail line was completed, it never grew as grand as those in the United States or Europe.

Nonetheless, Arce’s railroad was utilized to transport minerals from Bolivia to Pacific port cities. The system operated up until the 1940s, when mineral resources ran out. With nothing to carry, the trains were dumped in the middle of the desert.

Not just an engineer’s oasis, Bolivia’s train cemetery is great for artists as well. Graffiti decorates rusted train carcasses, and harsh salt air has eroded away the cars’ sides, so you can observe their inner bodies.

And for those who want to free run all over the cemetery, knock yourself out — just be warned as you’re almost 12,000 feet above sea level!

Check out more pictures of the train cemetery below… 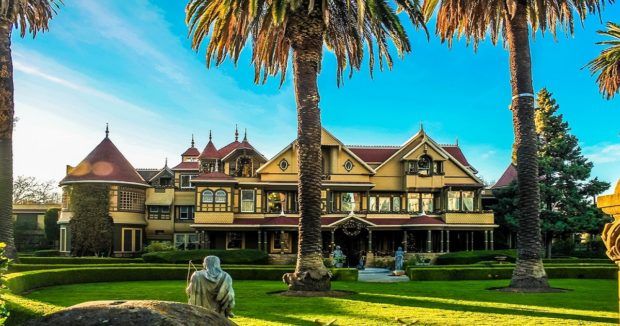 The United States’ Finest and Most Historic Victorian Homes
Victorian homes are a conduit of sophistication: When you’re in one you feel fancy, or at least you feel that you should act fancy. Victorian architecture describes several – predominantly ...
click here to read more
Advertisement - Continue reading below
Share  On Facebook

These Viral Internet Images Turned Out To Be Fake

Wacky Inventions That Could Only Have Come From Japan

Popular Cleaning Hacks That Could Actually Ruin Your Home

These Are The Richest Supermodels In The World

Fascinating Facts About the Netherlands