Are YOU Suffering From Nomophobia?

In today’s high-tech world, basically, everyone and their grandmother owns a smartphone that allows them to constantly stay connected with everyone around them – and even those all the way across the planet! This can certainly be a positive thing, as it allows us to stay informed about the news, or check in with our friends and family at any given time, but unfortunately, constantly being around our mobile devices can come with detrimental effects. Keep reading to see if you or someone you know might be a victim of nomophobia!

The term nomophobia is short for NO MObile PHOne PhoBIA, and it refers to the psychological condition where one is afraid of being detached from their mobile device. But because smartphones are a relatively new invention in the grand scheme of things, not much is actually understood about this disorder. It’s listed in the DSM (the Diagnostic and Statistical Manual of Mental Disorders), labeled as a “phobia for a particular/specific thing,” and symptoms can occur either when the sufferer is fully separated from their phone, when they lose reception, when their battery dies, or all three. In order for something to qualify as a phobia, it must have a noticeable effect on one’s life.

Who is at Risk?

Anyone and everyone who owns a smartphone! A 2008 study (the one that coined the term “nomophobia”) found that 53 percent of British mobile users felt some amount of anxiety when they did not have access to their phones. Additionally, a 2010 study showed that teens and young adults are far more likely to suffer from the condition; a staggering 77 percent displayed symptoms. If one thing’s for certain, it’s that as more and more people own smartphones, the problem will just keep getting worse unless we do something about it!

How to Identify a Nomophobe

People who suffer from nomophobia tend to have certain specific characteristics, including but not limited to using one’s phone to avoid face-to-face interactions. Sufferers also tend to always be carrying a charger so as to not lose connection, owning multiple smartphones or devices that connect to the internet, or keeping their phone nearby at all times (even while sleeping).

What Are Some of the Harmful Effects?

Nomophobia can come about as a symptom of other psychological disorders, including social anxiety or panic disorder, but it’s actually difficult for a mental health professional to determine whether it is a direct result of a phone addiction, or a symptom of one of the aforementioned disorders. Physical symptoms can include: Anxiety, respiratory problems, trembling, excessive sweating, agitation, or tachycardia. Nomophobia can also lead to low self-esteem or either extreme introversion or extreme extroversion. Too much smartphone use can also lead to lower grades for students and higher levels of general anxiety, as well as insomnia or otherwise compromised sleep.

What are you going to do about it? Well, the first step is to talk to a professional. And let’s not sugarcoat things: Kicking the symptoms of nomophobia will be difficult, as smartphones are so important in our lives for a variety of reasons that are hard to deny. One method a professional may use is exposure therapy, where the sufferer will practice being away from their phone for increasingly prolonged periods of time. One may also opt for cognitive behavioral therapy, during which the professional will help the sufferer effectively manage the times when they are away from their phone. If the problem is severe enough, one may also opt for medications meant for anxiety or depression. Just know that no matter how debilitating it may be, there is hope for you to overcome your nomophobia! 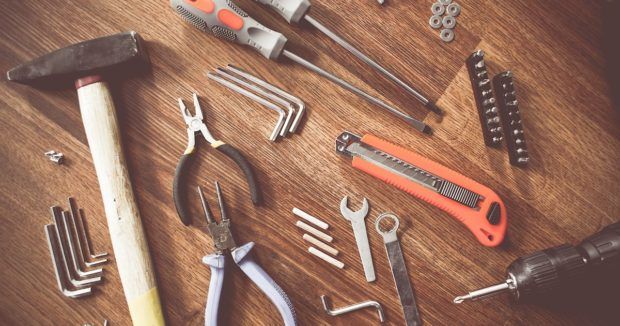 Subtle Ways That the Grocery Store Tries to Manipulate You

Celeb Couples Who You Forgot About

The Funniest, Most Genius Pranks That Have Ever Been Pulled