There is something that people just inherently love about exploring abandoned and forgotten buildings. We love to see photos or videos from these places just so we can wonder why they are abandoned and in some cases, why they were built in the first place. It’s not just abandoned buildings, either. Entire cities are sometimes abandoned, leaving nothing but a ghost town in the wake of the mass exodus of the people that once lived there. Sometimes the townspeople just straight-up disappear with no explanation.

Today, we’ll be looking at an example that isn’t widely known — but is absolutely bizarre.

King Island is a small island that sits about 40 miles off of the coast of Alaska. The island was originally discovered in 1778 by the world-famous explorer, James Cook. Cook actually named the island after a fellow traveler, James King. But while the island may look pretty harmless, hardly anything about it is ordinary.

On one side of this island, there are roughly 50 abandoned homes, an alarming discovery in a place that’s already pretty creepy. Upon finding these homes, you can’t help but wonder where the previous inhabitants went. The village has been abandoned for decades, and this has sparked a ton of rumors and speculation about just what has happened on this island over the last few decades.

The only known inhabitants of the island were Inupiat Eskimos. The town on the side of the island is known as Ukivok and it is quite a disturbing sight in the modern day. The hillside town features about 45 homes — but no one lives there! Currently, nobody lives there.

History shows that in the early 1900s, about 200 people lived here. During the winter, these people would hunt walrus. In the summer, they would gather eggs and food. They used the skin of the walrus to protect themselves and their homes from the harsh winter conditions. They would also sometimes travel to the mainland to sell things.

But something catastrophic must have happened because by 1970, there was no one left living on the island. And when they all disappeared, they left an eerie ghost town behind. The mystery behind why they all left could be a complex one.

The final school on the island closed in 1959 (which forced some people to move) and World War II could definitely have contributed to it as well. With only elderly people left on the island, they feared that they would starve and die early due to the fact they couldn’t gather food themselves, so even they were forced to leave the island.

Even though the mystery has been solved about why they left, that doesn’t make the abandoned village they left any less haunting. 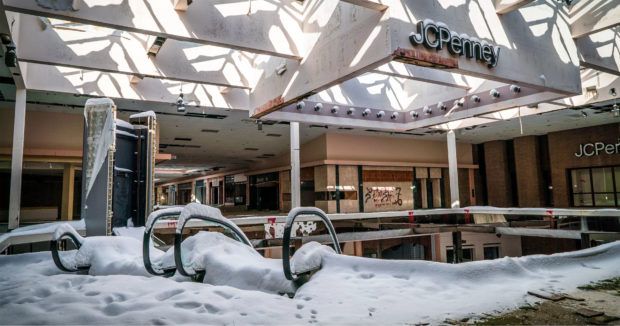 Harmful Things You Do to Your Pet Without Realizing it

The Ingenious Hotel Hacks You Need To Pack In Your Bag

TV Talent Show Contestants That Lost But Had Successful Careers

The Famous And Bizarre Last Wills Of Famous Celebrities

Adorable Pics of Shelter Dogs Before and After Being Adopted