We sometimes forget that before the U.S. was formed, Native American tribes inhabited the land. There are former Native American sites all around the U.S. — including a large one right outside of a major city.

It was the largest urban settlement of its kind nearly 1,000 years ago, until all of the residents mysteriously disappeared.

The History of This Lost City

Historical records show that members of the Cahokia Tribe began settling in this area as early as the year 600. They picked their settlement to be next to the Mississippi River — near present day St. Louis — for the same reasons why other large cities are next to bodies of water: to improve commerce and transportation.

Nearly 40,000 people lived there — and that’s not even including the people living on the outskirts of the city. Within the present-day U.S., this was one of largest urban centers at the time. Some estimates say that more people lived in Cahokia at the time than in London and Paris.

Archeologists have unearthed numerous features of Cahokia — including a copper workshop for metals. In addition to that, there are also dozens of man-made mounds. The largest mound that is still there is Monks Mound. It is about 10 stories tall. There was also a nearby plaza for games and rituals. Today, you can see the St. Louis skyline from the top of Monks Mound.

The Mystery Surrounding This City

By around 1400 — long before European explorers visited the area — Cahokia became abandoned. There is no real evidence as to why the tribes left the city. Archaeologists still haven’t found the reason, but they speculate that it could be because of overhunting in the area, a great flood, or major sanitation issues.

Cahokia is a National Historic Landmark and is open to visitors. If you get a chance to check this place out, perhaps you can discover what really happened to the people who lived there. 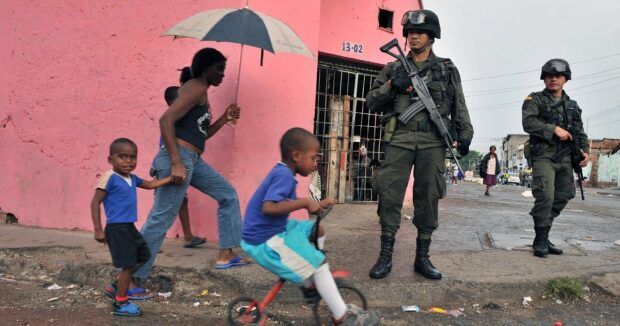 The Most Dangerous Places in the World — Travel at Your Own Risk!
Some of life’s most rewarding and fulfilling experiences are gained from travel. Between interacting with new cultures and seeing some of the Earth’s greatest natural wonders, traveling is a privilege. However, ...
click here to read more
Advertisement - Continue reading below
Share  On Facebook

The Most Dominant Female Athletes in Sports

Where Are Captain Picard and the ‘Next Generation’ Cast Now?

These Celebrities Were Homeless Before They Were Famous

We Were Obsessed With These People in the 1990s

Then and Now: Here’s What the Cast of ‘Friday Night Lights’ Is Doing Today