You wouldn’t expect it from the sunny state, but creepy places are in abundance there. For every sandy beach there’s a haunted lighthouse or ghost-ridden house. Here’s just a selection of some of the spookiest spots you might pass along the Pacific Coast Highway. We dare you to put them on your bucket list.

RMS Queen Mary, Long Beach
The Queen Mary was voted one of the Top 10 Most Haunted Places in America by Time magazine. Since permanent docking as a hotel/museum in Long Beach, California, there have been sightings of dead swimmers at the abandoned pool, as well as a “lady in white” and a crew member who died there after being crushed by a heavy door. Visitors have acknowledged the feeling of being followed there, of hearing voices making commands of them, of straps of velcro on their shoes being unexplainably ripped open, and much more. The most haunted room, B340, has had so much paranormal activity that they don’t even rent it out anymore.

Moss Beach Distillery
Fresh seafood and scenic Pacific views may sound like a treat, but be careful what you wish for! This restaurant that sits pretty on a cliff is haunted by the famous “Blue Lady” ghost. Back in Prohibition days when the building served as a speakeasy, it was a popular haunt (get it?) for silent film stars, writers, and politicians. The Blue Lady was one of these bar patrons, and she was apparently murdered there while walking on the beach. Her spirit is still thought to roam, because strange events such as the levitation of checkbooks remain a regular occurrence.

Alcatraz Island, San Francisco
Alcatraz was once home to some of the most notorious of America’s criminals, from Al Capone to Robert “Birdman” Stroud. It ran for almost 30 years in less than favorable conditions. Ghosts are said to still linger in the derelict prison cells, and there have been several reports of strange noises like slamming doors and eerie footsteps. The surrounding icy waters meant prisoners had no escape route from Alcatraz. Maybe that’s why the ghosts remain, also…

Rispin Mansion, Capitola
Rispin Mansion was built primarily so that its grandeur would attract people to Capitola, just outside of Santa Cruz. Unfortunately, such fame for the 22-room property wasn’t meant to be. It was neglected, reused as a nun’s convent, and then abandoned again. Popular claims include faint whispers from the mansion and flashes of apparitions. In 2009, a mysterious fire destroyed its interior, refueling urban legends. Take a peek inside for yourself, and then you’ll be eligible to join the Facebook group “I snuck into Rispin Mansion when I was a kid.” Worth it!

The Cinefamily, Los Angeles
When this theater opened in 1942 it made a name for itself as being one of the few places where you could still watch old silent films. But it’s known for something entirely different now. The original owner, John Hampton, died after toxic chemicals that he soaked his films in for preservation caused his cancer. Lawrence Austin took over, until he was killed in the lobby by a hitman who was hired by theater projectionist (and Austin’s lover) James Van Sickle. Some people claim you can still hear Austin and Hampton’s ghosts lurking about in their place of work and passion. (Hampton lived on the second floor.)

Greystone Mansion, Beverly Hills
In 1929, only months after resident Ned Doheny and his family moved into the 55-room estate, Ned was killed by his secretary, Hugh Plucket (who then killed himself). It’s now open to the public and tons of movies have been filmed there, such as Paul Thomas Anderson’s There Will Be Blood, which was loosely based on Ned’s life. But the house’s tragic origin story has inevitably made it a source of haunting rumors. An apparition of a man has been seen walking the hallways, and some people are convinced that they’ve seen a pool of blood in the guest room where the murder scene occurred. All have said, however, that as soon as they noticed it the pool would disappear. It all sounds very Cluedo, right?

The Winchester Mystery House, San Jose
The Winchester Mystery House is a mansion which was once the personal residence of Sarah Winchester, the widow of gun magnate William Wirt Winchester. Sarah and others claimed the 160-room property is haunted by the ghosts of those killed with Winchester rifles. The reason that Sarah kept building onto the house was supposedly to appease the spirits that cursed its grounds. Unnerving quirks of the house include a window built into the floor, stairs leading to ceilings, doors that open to blank walls, a seeming obsession with the number 13, cobweb motifs, and more. A film charting the house’s history, starring Helen Mirren as Sarah, will be released in 2018.

Potter Schoolhouse, Bodega Bay
Take one look at Potter Schoolhouse and you would assume that it’s haunted. That must be why Alfred Hitchcock decided to feature it in his 1963 horror film The Birds. Dating back to 1863, the building was turned from a town center to a private residence, which seems to mark its descent into sinister territory because it has been plagued by ghost stories ever since. Sounds still heard from the building include the laughs and cries of children, a woman singing, and doorknobs turning, despite the inside being closed off to the public.

Fort Humboldt State Historic Park, Eureka
The old army grounds of Fort Humboldt make a great tourist destination for history buffs and ghost hunters alike. Several visitors to the state park have reported seeing the ghost of one specific commander, who died of malaria in 1859, as he solemnly stares out the window of the old hospital building he died in. Other spooky activities include the sound of heavy objects being dragged across the ground and lights going on and off late at night. Eureka is also home to the Carson Mansion, the design of which has become recognized as one of the defining templates for haunted houses in pop culture.

Battery Point Lighthouse, Crescent City
The beam of Battery Point Lighthouse survived a major tsunami that destroyed much of Crescent City in 1964. The historic building sits on a little peninsula downtown and can be reached by foot at low tide. (Be very careful at high tide.) The last resident curators reported curious goings-on when they stayed there, including things like a rocking chair moving on its own, their slippers disappearing or being turned backwards at night, and their cat acting bizarrely around certain rooms. The disturbance of slippers and cats can only point to one thing: a phantom dog. 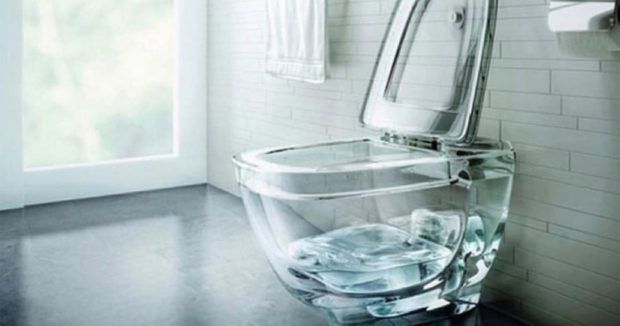 These Rare Historical Photos Will Blow Your Mind

The Funniest, Most Evil April Fools’ Pranks to Pull on Your Colleagues

Crazy Things That Only Exist In Japan