The Forest Fair Village Mall in northern Cincinnati used to be the place to be for the community. However, if you walk in its doors today, it is a shell of its former self. A major decline led to the mall being all but abandoned. Despite this, it remains in an eerily well-preserved condition.

Construction began on this mall in 1986 and it was scheduled to open in 1988. However, leasing complications led most of the mall to actually open in 1989. The mall was very luxurious and included arched copper roofs, skylights and more. In addition to the over 150 stores, this large mall featured two movie theaters and an indoor amusement park that had a Ferris wheel and a carousel.

The mall got off to a very strong start as it was new and exciting for the people of Cincinnati. However, less than a year after it opened, it started to experience some problems. The first problem that popped up was the fact that numerous chains in the store felt that they were too upscale for the clientele of the area, and withdrew from the mall.

Next, the developer of the mall, L.J. Hooker, filed for bankruptcy. As a result, he decided to sell off the mall to a group of seven lenders. When they took over the mall, it was struggling mightily. The mall was nearly half vacant and finding new tenants to fill the vacancies was not easy. Other malls in the area were also attracting tenants, which further dug into the success of this mall.

The new owners of the mall decided to break it into three sections: fashion, lifestyle, and value. It was an $8 million renovation and expansion, but this helped them bring mall occupancy up to over 75 percent. Despite this, the mall was sold again, and underwent another major change.

The Mills corporation purchased it and forced out many of the tenants. The mall was all but closed in 2002. The Mills corporation then committed $70 million to a massive renovation. It was re-opened in 2004 as Cincinnati Mills. This time, it was a discount-oriented mall. Still, the mall couldn’t find any success.

It was sold for the final time in 2010 to World Properties, LLC. Since then, the mall has continued a steep decline and it is currently almost completely abandoned. In fact, there is currently only one store opened in this mall that used to feature over 150, only a few decades ago.

That means that there is over 1.5 million square feet of abandoned space in this mall, just sitting there. There have been talks about the mall possibly being turned into offices or a residential apartment complex, but nothing has been confirmed. Walking through a “dead mall” is a very strange experience. You can almost visualize what the mall used to be like before it declined.

If you want to get a closer look at the mall and see its current state, check this video out: 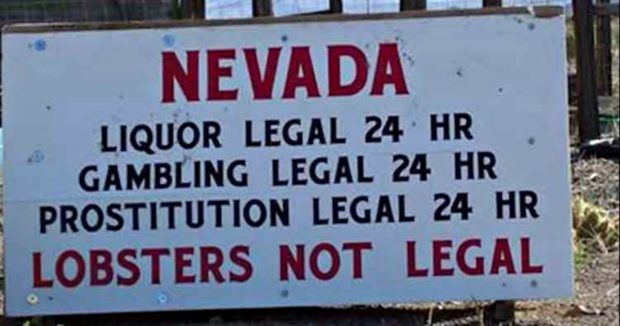 Wedding Attire From Around the World

Wealthy Celebrities who Purchased Their own Islands