When you think of abandoned homes, the description that typically comes to your mind is an empty house, forgotten and left to decay. Generally, when a house is left abandoned, the furniture, appliances, and other personal items are usually removed whether by the family of the person who lived there or by trespassers who take things. Abandoned houses are dark, dirty, and filled with an eerie sense of dread.

This house, however, was a bit different. It was indeed forgotten, but it wasn’t a typical empty or dirty abandoned house. In fact, it was perfectly preserved. From the stuffed animals on the rocking chair to the coats hanging in the closet, everything was left exactly as it had been when the occupant still lived there.

Seeing the condition of the house and all of the occupants’ belongings laid out – including makeup and perfume – gave Dan Bell, a videographer and YouTuber, an uneasy feeling when walking through.

One thing that really made the home even creepier were the Christmas decorations that were still hanging throughout the house. It gave Bell the sense that the occupant would be coming home at any minute, though he knew that she must’ve died around the holidays, leaving no one to put away the decorations after the Christmas season.

But that wasn’t the only creepy thing about the house. In the bathroom they discovered a large kitchen knife sitting out on the shelf. The cameraman was brave enough to reach out and touch the handle, but it was covered in some kind of grease. Though that was pretty unsettling, the worst part was yet to come. There was something even stranger and more disturbing waiting to be discovered.

As he and his crew walk through the house, they commented on how the condition of the home gave them an eerie feeling and it smelled like a fresh wood-burning stove, though the property hasn’t been lived in for quite some time. The Christmas decorations were everywhere, filling the house. The cameraman focused on a small note that said “Expect a miracle” which really creates a heartbreaking sense that something tragic led the occupants to abandon the house.

But the strangest and most unbelievable thing was outside. As they walked around the outside of the property in the tall grass, the crew discovered an unburied grave. As they explored the area, they found that it is the grave of a man who was 85 years old. What makes it even creepier is that the grave wasn’t even completely buried. The top of it still looked new, like it was never fully buried and there were holes in the ground around the casket that were never filled in. Next to the grave was a piece of plywood the exact size of the casket that the crew speculated was used as a cover for it.

One thing is certain. Whoever lived at the home must have really loved it. The crew left the home with a heartbreaking confusion and disturbing sense of sadness. All we heard from the dazed cameraman was, “thank you guys for watching.”

Watch the video below: 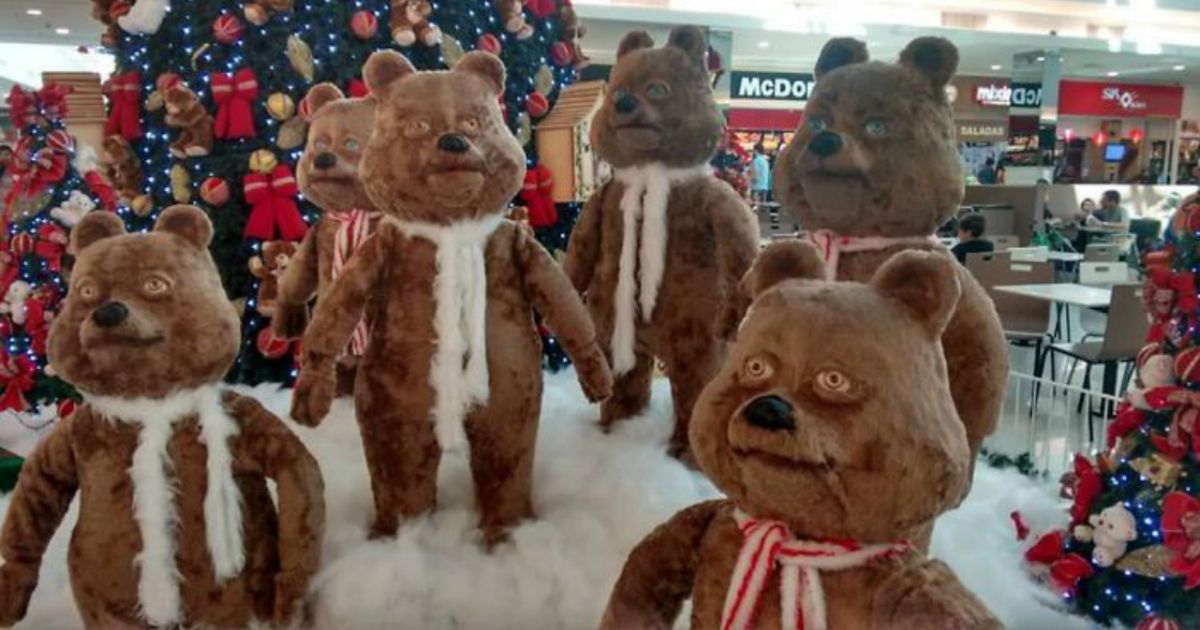 You’ll Be Haunted Like Scrooge by These Fails of Christmas Past
It’s the most wonderful time of the year, except for whoever was unlucky enough to encounter these Christmas fails. Considering all of the merchandise that the holiday season creates, it’s not ...
click here to read more
Advertisement - Continue reading below
Share  On Facebook

These Jarring Nature Photos Must be Seen to be Believed

Legendary Actors Who Had Strange Habits

The Most Legendary & Iconic TV Moments Of The Last 100 Years

Historical Figures Who Lived Long Enough to Be Photographed