In 1881 South Africa, a baboon became a signalman for the local railroad. “Jack the Signalman” as he was known was a Chacma baboon and his original story was told in Nature, the scientific journal, in the 1890 July issue.

Jack’s owner, James Wide, had been working as a railway man but an accident in 1877 cost him his legs and he was unable to continue with the work. He was offered an alternative position as a signalman and he opted to work at the Uitenhage Station in South Africa.

After moving to his new job James caught sight of a baboon working with a team of oxen wagon drivers. Inspired by the animal’s intelligence; he purchased the baboon so that it could help him get around on a trolley.

Slowly, it came to light that Jack was a very special baboon indeed. Wide put the baboon in charge of keeping the gardens and also managing the keys for the coal yard. Then he began to train Jack to operate the signals for him too.

He taught Jack the name of each lever and how to push them to make sure that the signals were correct as trains moved into the station. He’d use his fingers to let Jack know which lever was needed and Jack would rush off to push the lever into place.

More incredibly over time Jack learned – by himself – to tell which train was approaching and which levers would need to be pushed for that train. While it’s fair to say that James Wide never left Jack unattended; he also never had to step in to prevent Jack from making a mistake or to give the baboon other instructions.

The baboon learned all of his roles at the station by observation. When he saw his master struggle to deliver the coal keys to the tracks, signaled by four straight blasts on the train’s whistle, he quickly understood what was necessary and began to take the keys himself.

For many years the duo worked side-by-side and they became something of a tourist attraction with people coming to see Jack operating the signals under Wide’s watchful eye. Then disaster struck. One of the witnesses to Jack’s incredible behavior complained to the authorities about a baboon managing the signals. Unsurprisingly, both got fired that day.

The story didn’t end there, though. James Wide appealed to the authorities and asked them to come and see Jack in action by himself. They brought a system manager to put Jack through his paces and he passed with flying colors.

Amazingly not only did Wide get his job back but the railroad made a job offer to Jack too and he became the first (and only) baboon to be officially employed by the railroad.

Sadly, in 1890 Jack contracted tuberculosis a disease which both humans and baboons can suffer from and he passed away. James Wide mourned for the rest of his life. To this day, if you visit the Albany Museum in Grahamstown you can see Jack’s skull on display for posterity as the only baboon to ever work as a signalman on the South African railroad. 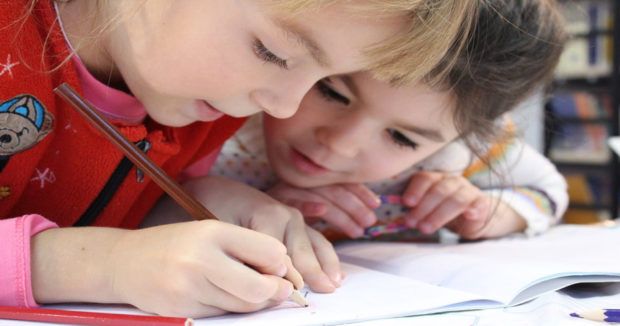 These Ridiculous Answers From Kids on Tests Will Have You Cracking up
Kids say the darnedest things, don’t they? Any parent knows that children have quite a way with words, and that’s most noticeable when they’re at school. AdvertisementWhile we love to ...
click here to read more
Advertisement - Continue reading below
Share  On Facebook

Passive Aggressive Office Notes That Are Too Funny to Ignore

These Superfoods Are Proven to Help You Lose Weight