The battle between what is fact and what is fiction has been waged for many years, and the communities of faith and science have been mostly pitted against each other on that matter. Both parties are totally unable to agree on a historical account that explains our existence. Prepare to add some fuel to that fire!

A replica of Noah’s Ark has been created for a whopping $100 million and it’s reignited a furious debate between skeptics and believers. Many scientists believe that they debunked the possibility of Noah’s Ark as described in the Book of Genesis from the Bible long ago, but creationists beg to differ as they still believe it’s an important part of history.

This 155 meter-long Noah’s Ark replica is on display in Kentucky for all to visit and appreciate or criticize, but whichever side you fall on it’s hard not to admire the sheer size of this replica.

Designer Ken Ham is an Australian creationist and acting president of Answers in Genesis (AiG), a creationist science group. Ham claims that the size and dimensions of the Ark replica were based on the measurements found in the Old Testament. He believes those initial measurements were inspired by God.

Part of Ham’s belief is that the Earth is only 6,000 years old, a fact that the scientific community claims are completely impossible. Ham’s belief is based on a relatively literal interpretation of the Genesis account, which even many creationists disagree with.

AiG also believes that dinosaurs lived alongside humans and that some were even contained in the Ark alongside Noah’s family. Besides dinosaurs, the group also believes that according to accounts in the Scriptures pairs of each animal were stored in the Ark during a worldwide flood disaster. Their belief in this idea is supported by the displays of Noah’s family and large cages that can be seen within the Ark replica.

The Ark replica has already sparked a wildfire in the media, and it was even featured in a debate between Ham and celebrity scientist Bill Nye. Supporters of Nye’s empirical-based science approach and proponents of evolution are expected to show their disdain for the project by protesting outside the replica grounds.

Ham has confidently defended the exhibit by claiming that there is substantial “scientific evidence” to support the Bible’s account of Noah’s Ark. He doesn’t appear to be alone in his thinking, as large numbers of people from all around the world have swarmed the site to catch a view of the Ark replica. On top of that, the park owners are expecting at least a million visitors a year with rapid growth.

What do you think? Do you believe the Bible’s account of the Ark or do you think science has effectively debunked it? Let us know what you think in the comments, and make sure to share the story with your family and friends! 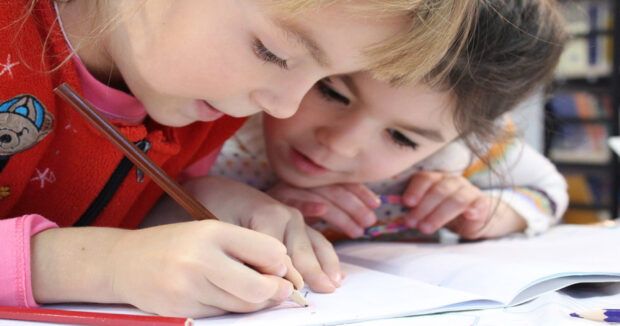 These Ridiculous Answers From Kids on Tests Will Have You Cracking Up
Kids say the darnedest things, don’t they? Any parent knows that children have quite a way with words, and that’s most noticeable when they’re at school. AdvertisementWhile we love to ...
click here to read more
Advertisement - Continue reading below
Share  On Facebook

The Greatest Actors of All Time, Ranked

Couples Recreating Their Old Photos Will Melt Your Icy Heart

You Probably Didn’t Know These Hidden Facts About Law Enforcement

Elf on the Shelf Ideas That Will Blow Your Kids’ Minds

Hilarious Cat-Shaming Photos You Have to See

These Hilarious #MomFails Instagram Photos Prove Motherhood Can Be Maddening

A Brave Photographer Smuggled These Banned Photos Out of North Korea