Since the National Baseball hall of Fame opened in 1939, it’s become the Mecca for all those who play and follow the sport. So much so that the name of upstate New York town where the Hall is located – where baseball was invented by general Abner Doubleday and whose financial stability is predicated on the museum drawing in tourists –  has become synonymous with it, with players on track for induction often being labelled as on the “path to Cooperstown.” The only problem? Abner Doubleday had nothing to do with inventing baseball and the game didn’t originate in Cooperstown. In other words, the Hall of Fame is built on a lie.

The origins of the myth that Abner Doubleday invented baseball in Cooperstown can be traced back to the early 20th century when there was strong debate as to whether baseball was directly descended from British games like rounders and cricket. The sportswriter Henry Chadwick was a proponent of this idea, writing in 1903 that “There is no doubt whatever as to base ball having originated from the two-centuries-old English game of rounders.”

The baseball establishment at the time, including sporting goods magnate-turned-Chicago Cubs owner Albert Spalding and the presidents of both the National and American Leagues, seeing monetary value in the idea that baseball was a “patriotic” game “invented” by Americans in America, sought to discredit Chadwick and those like him. Spalding announced the formation of a commission to investigate baseball’s beginnings, and asked for anyone who supposed information on how the sport came to be to provide it.

A Denver Colorado miner named Abner Graves wrote to the commission claiming that stated that American Civl War Hero Abner Doubleday had invented baseball as we know it in Cooperstown in 1839. According to Graves, the first game had “matched players from “Otesego Academy” and Green’s “Select school.”  Graves’ description of Doubleday’s game indicated that each team had 11 players: “the pitcher, a catcher, three infielders by the bases, two further infielders who covered the areas between the bases, and four outfielders.”

Even a quick factual analysis of Graves’ letter reveals several inaccuracies that cast doubt on the story, starting with the fact that Doubleday was at Westpoint in 1839 while Graves was only four-years-old. In addition, despite volumes of correspondence form his lifetime, there is only one recorded instance of General Doubleday discussing baseball, none of which is related to the creation of the game. However, thanks to Spalding and the other baseball powerbroker desire to keep baseball as an “American” game – and attribute its creation to a Civil War hero to boot – Graves letter was presented as irrefutable truth, and Doubleday was credited with the creation of the game for much of the early 2oth century.

Three decades later, in the midst of the Great Depression, Cooperstown resident and philanthropist Stephen C. Clark was looking for a way find a way to honor the alleged 1939 “centennial”of the game (and jumpstart Cooperstown’s economy) when he came upon the idea of a Hall of Fame.

In the eight-plus decades since the Hall of Fame first opened to the public, the Doubleday Myth has been debunked repeatedly, thanks to the reasons specified above as well as copious amounts of evidence that games similar to baseball had existed in both Britain and the United States for nearly a century before Abner Doubleday supposedly invented the game. In fact, the Hall of Fame itself acknowledged the true nature of the Doubleday Myth on the occasion of it’s 75th Anniversary in 2013, releasing a statement that read in part:

On June 12, 1939, the National Baseball Museum opened its doors for the first time, in honor of the 100th anniversary of the mythical “first game” that allegedly was played in Cooperstown on June 12, 1839

However, despite this, Doubleday remains a part of baseball culture, especially in Cooperstown which still houses Minor League stadium named Doubleday Field.

Why? Well, the Hall of Fame’s exhibit on Doubleday provides an answer that’s alarmingly similar to the reason the Spalding Commission first pushed the story a century ago. The museum refers to the legend as “a thriving legend that reflects Americans’ desire to make the game our own.” 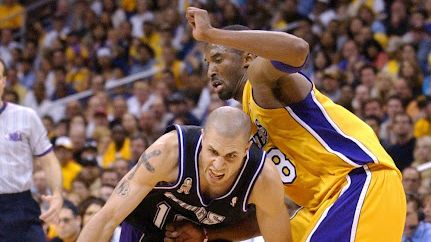 The Most Controversial Officiating Calls In Sports History
Sports have always brought people together and act as a glue bonding together individual relationships and society as a whole. People congregate to cheer on their favorite teams, ride through ...
click here to read more
Advertisement - Continue reading below
Share  On Facebook

How These Harry Potter Characters Should Have Looked In The Movies

The Wives and Girlfriends of NASCAR Drivers

The Saddest Movies Ever Made

All The Name-Brand Companies Disguising Themselves As Kirkland Brands

The Most Beautiful Jewelry Worn By The Royals

Before and After the Presidency: See How the Job Changed These Men