There’s something quite awesome about the movies; they manage to convey make-believe universes where incredible things happen and they do it in a way that is both convincing and believable. However, where do they get the devices of the future?

In many cases they aren’t built from scratch by a team of special effects engineers but rather they are manufactured from existing devices; sometimes very ordinary devices.

Prop makers are highly skilled in the art of looking at things they have lying around, including household items, and seeing their potential for creating props that bring a movie to life.

While many props go unnoticed except for their brief appearance on the screen, other props become cultural icons for their time. Take the lightsaber in the original Star Wars for example, which sold for a cool $240,000 at auction! If you want to know what that was made from, you’ll find out at the end of this article.

Of course not every movie prop is made from cheap bits of household kit. The Lotus submarine car, for example, in the James Bond movie The Spy Who Loved Me was built especially for the film and cost hundreds of thousands of dollars to produce. However, it is the ingenuity of the low-budget prop made from household items that really fires the imagination. From calculators to cameras, to rather even simpler items like razors and coffee makers, there’s no end to the cool things that can be done with a household item in the right hands.

What’s lying around your house that could be in the next big budget blockbuster? Here are 10 examples that might surprise you and we bet that you have at least one of these things at home already:

By the elevator in the ship’s center there’s a cool looking scanning device but what is it really? A Dyson Airblade hand dryer!

There’s a signal jammer used in V for Vendetta which is really a light magnifier which can be bought for about $20.

A guy running with a futuristic looking device under his arm is actually carrying an ice-cream maker!

The Psychokinetic Energy Meter (P.K.E.) meter which is used throughout the film is, in fact, a shoe cleaner.

The wrist computers used by the guards were painted versions of Casio calculators.

The “Mr. Fusion” device on the Delorean used to take Michael J. Fox into the past was a coffee machine.

Lightsabers are way cool but the original lightsaber was just built from a combination of camera and calculator parts.

The Michael Myers face mask was originally a toy store mask modeled on William Shatner (of the original Star Trek) which was painted over. 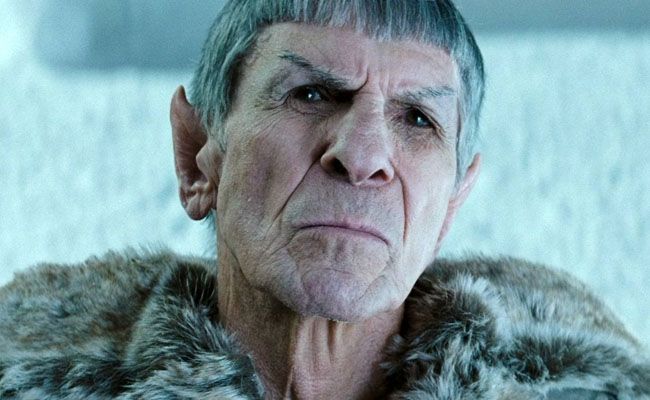 How Much Do You Know About the ‘Star Trek’ Films?
For the last five decades, Star Trek has been a major part of American culture. The 13-film series that came from the television series has helped Star Trek amass a veritable army of ...
click here to read more
Advertisement - Continue reading below
Share  On Facebook

The Most Daring Red Carpet Looks in Grammy Awards History

Celebrities Who Started as Cheerleaders Before They Were Famous