Do You Think You Can Handle This Terrifying Haunted Jail Tour?

With the fall season officially upon us, people are dragging out their decorations as Halloween will soon be here, and with it the theme surrounding theme of “fear.” People love to be shocked, scared and surprised around Halloween time, hence the reason why a ton of horror movies release in September and October.

While decorations and costumes can provide fear, the latest trend is experienced-based events. Over the past few years, these events have been popping up all over the world, and steadily gained in popularity.

Halloween is the prime season for these experiences. Whether it be a haunted house, a haunted hay bail ride, a haunted tour, or anything else advertised as haunted, people are lining up for these events in record numbers. That said, while Halloween is around the corner, there are actually frightening places you can visit all year round.

The city of St. Augustine, Florida is the oldest city in the country and is famous for its ghost stories. St. Augustine was founded in 1565 and for centuries, haunted stories have surrounded the city. Of all the haunted and frightening locations, few (if any) are scarier than the Old Jail.

The Old Jail Museum was originally built in 1891 as the St. Johns County Jail and was added to the National Register of Historic Places in 1987. The jail had  enough space for 72 prisoners and eight men were hung during the time the jail was open. Conditions in the jail were poor, even by the standards of the day. The jail closed down in 1953 after a newer facility was built and the original soon became a roadside attraction for tourists.

Many come and visit to see if the jail is truly haunted, an understandable conclusion with all the stories of violence, disease, and death in the building. Visitors to the jail often report hearing things like footsteps, seeing orbs and more. Others claim to experience cold spots throughout the facility. One of the most well-known spirits supposedly present is that of Sheriff CJ Perry.

There are two tour options for people who to travel to the jail. There’s the daytime tour that gives the history of the landmark, but those looking to be spooked definitely want to to take the nighttime tour. But be warned, it can quite the scary experience going through a place with so much dark history at night.

So if you are even in or near St. Augustine, Florida, you should definitely check a tour of this old jail off your list if you like to be scared. 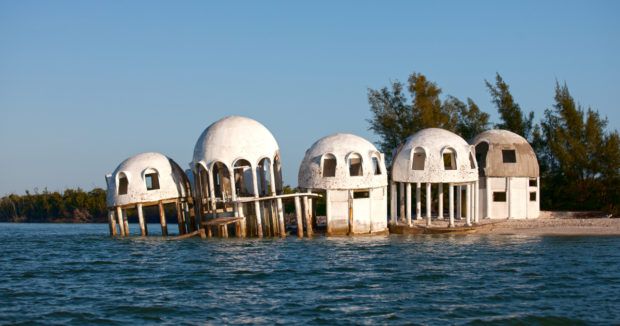 TV And Movie Roles That Were Famously Recast

Where Our Favorite ’60s Movie Stars Are Today

Fascinating Facts About the Netherlands