Nowadays, it’s becoming more common for people to seek out living a minimalist lifestyle. You can use less stuff and leave a smaller carbon footprint on the world while still living a happy, fulfilling life.

Tiny homes have also been gaining popularity with the older folks. Once all of their kids leave the nest, they realize how empty and quiet their big house is, and realize that downsizing their space wouldn’t hurt, just like this mom who built her own spot after her kids moved away.

But Bill and Jody Brady just wanted to escape their house after it became more of a burden than a luxury. The couple decided that it was time for some major life changes, one of which was rightsizing their lives.

The Bradys lived in a 3,500-square-foot house, but they also owned five other homes. They put their primary house up for sale and began researching ways to make the tiny house of their dreams.

“The house owned us. At the same time, we’d been questioning our carbon footprint,” Mrs. Brady said.

After being inspired by the Solar Decathlon, a national festival that showcases sustainable homes and technology, the Bradys had a serious talk about changing their living situation.

After scaling down to smaller homes, the couple ended up selling all of their properties, quitting their jobs and building a tiny, 250-square-foot house in Virginia’s beautiful Blue Ridge Mountains.

The couple designed the home themselves, ensuring that it fit their needs, with a pencil and graph paper. Construction took about a year, and while the house is livable, the Bradys are still making adjustments and tweaking the home to their taste. These gutters were just put up this past August.

The inside is pretty quaint, yet charming. Going from 3,500- to 250-square feet wasn’t too hard for the Bradys. “We live outside as much as possible, so the house feels even bigger than its square feet,” Mrs. Brady says. They also installed tons of windows to ensure their home never felt small.

The Bradys decided that they wanted to use as many recycled materials as possible to be even more eco-friendly. Mrs. Brady says that doing this made projects take longer, but she enjoyed the creativity process.

The sink was even created to be covered in order to make more counter space. For heat, they built a clean-burning wood stove. And there’s even an alcohol-burning stove to use for cooking. In the bathroom is a composting toilet, which the couple admits took a little time to get used to. In order to keep the bathroom from feeling claustrophobic, the walls don’t go to the ceiling, but it is still private.

There’s also a shower and sink. The water heater is turned on 30 minutes before taking a shower and provides six minutes of hot water so they refrain from wasting water supplies.

The Bradys get tons of questions about having to climb a ladder to get to sleep. Spoiler alert, they don’t. The bed is the same level as the rest of the house, but to save some more room, they store clothing in drawers underneath the bed.

Because the inside is so small, they wanted to take advantage of the outdoor space as much as possible. They’ve built a large deck around three sides of the house to expand the living space.

They’ve also built another space to have an indoor porch, where they live during the warmer weather. This nearby space was actually built first as a trial run.

The entrance to the enclosed porch also has a small patio outside.

In the yard lies a garden where they grow their own vegetables. They’ve even installed some solar panels, too. So how did downsizing change their social life? They say that it didn’t and they’re entertaining just as often as they did in their larger homes. The Bradys have been in their tiny home for a year now, and they’re loving every second of it. To keep up with their latest projects, check out their blog to follow their journey. 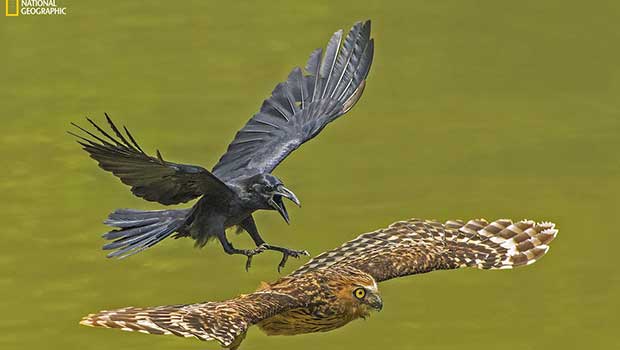 These Ketogenic Diet Tips Will Set You up for Success

Ikea Hacks You Need to Know Before Moving

Brighten up Your Kitchen With These Easy Organization Tips