There’s something captivating about huge relics from the past. The Great Pyramids of Egypt, the Great Wall of China, and the Eiffel Tower in Paris are all examples of mind-boggling feats of engineering for the periods of time they were constructed in. These amazing structures attract visitors from all over the world every year.

Speaking of incredible relics from the past, many are unaware that Angkor Wat actually used a much greater amount of stone than every one of the Egyptian pyramids combined. On top of that, if also occupied a surface area greater than Paris in its entirety. We hope those pieces of trivia have wet your appetite because we have a lot more fascinating information on Angkor Wat to share with you!

Angor Wat was originally built as a Hindu temple by the Khmer Empire so they could worship their god Vishnu. Eventually, the structure was transformed into a Buddhist temple.

Khmer architecture was the driving force in the design and construction of Angkor Wat. Khmer architects were quite adept and confident in their usage of sandstone by the time the 12th century came around. Many of the builders in that era were preferentially using brick or laterite in their construction.

It’s still unclear what binding agent the Khmer architects used to join the sandstone blocks together, but almost all of the visible areas in Angkor Wat were constructed with sandstone. The possible agents used include slaked lime or natural resins. Laterite was also used for parts of the outer wall as well as for structural parts hidden from view.

Maurice Glaize is a conservator of Angkor, and he was quoted as saying that the temple “attains a timeless perfection by the restrained monumentality of its well-balanced structural elements and the precise arrangement of its proportions. It is a work of unity, power, and style.”

This immense monument utilized roughly 5-10 million individual sandstone blocks. Also, unlike the pyramids of Egypt which incorporated limestone that was quarried only half a kilometer away, the entire city of Angkor Wat was built with sandstone carried from almost 40 kilometers away.

The labor force used to quarry, transport, carve and then install all of the city’s sandstone likely ran into the thousands and featured numerous talented artisans.

Much of the city is also hand-carved, including columns, lintels, and even the roofs. Some of the carvings include griffins, unicorns, winged dragons, chariots, warriors, and more. Carving the sculptures required extensive skills that would’ve been developed more than several hundred years earlier.

Angkor Wat can be visited in Cambodia, and it’s well worth the trip. It’s extremely well-preserved and has countless incredible features to appreciate. A trip to Angkor Wat might just be even more memorable than visiting the Pyramids in Egypt or the Great Wall in China.

Do you think Angkor Wat is on par with these other wonders of the world? Let us know what you think in the comments below! 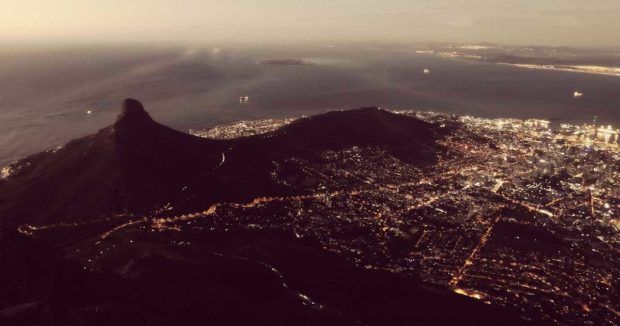 ‘Survivor’ Cast: Where Are They Now?

Actors Who Nailed Their Biographical Roles

Remember the Most Famous Groupies in Music History?