Looking for a good ghost story in the upper northeast?

One of the most historic places in the tiny town of Boothbay, Maine is also among the creepiest and most haunted places in the entire state. The Boothbay Opera House puts on a number of shows throughout the year.

However, this theater has quite the story. It used to be a lodge for the Knights of Pythias, a 150-year-old secret society. This period in its history is said to be responsible for a spirit that apparently calls this building home.

The Boothbay Opera House (also known as The Pythian Opera House) was originally built way back in 1894. For the first few years of its existence, it served as a meeting place for government officials in the area. But in addition to that, it also played another role. For upwards of half a century, this building played host to various meetings for the Pythian Knights.

If you are unfamiliar with the Knights of Pythias, they are a fraternal organization and secret society in the same vein as the Freemasons. They were founded back in 1864 by Justus H. Rathbone. They were the first fraternal organization to receive a charter from the U.S. Congress. Currently, they have tens of thousands of members and over 2,000 lodges located around the world.

One of those lodges used to reside in Boothbay, in what is now the famous opera house. The Knights of Pythias met here up until the mid-2oth century. Since then, the building has held almost every different type of entertainment you could imagine including plays, movies, basketball games and more. However, people have also experienced things that were more frightening than you would ever expect when you go to a theater.

In addition to the Knights of Pythias, government officials and visitors to the theater, this building has apparently played host to some spirits as well. Ever since 1949, visitors to the building have reported experiencing a strange feeling when they walk around. While the spirits have been said to travel throughout the building, the majority of experiences happen on the second floor.

A room on the second floor is said to be the source of the ghostly spirits. This is the same room in which the Knights of Pythias regularly met. The most common report from visitors is that the piano located in that room will often play itself. There are many reports of this happening throughout the last century.

While no one knows who this spirit is or what its motive for haunting the building might be, there has been some speculation. Many believe that the spirit is Earl Cliff, an old piano player for the theater in the building.

No one knows for sure what is causing these hauntings. One thing we know for sure, however, is that this theater is one of the most historic buildings in the state of Maine and it is officially registered on the National Register of Historic Places. 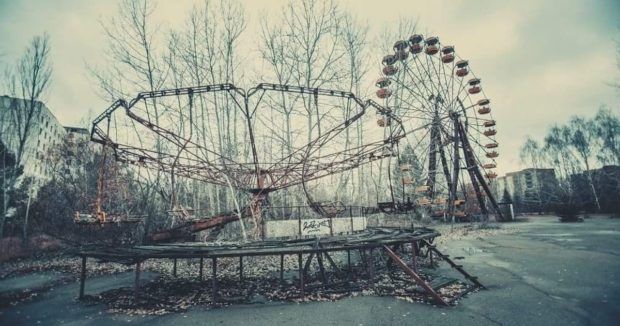 The Astounding Net Worth of British Royalty

Here’s Johnny! What You Don’t Know About ‘The Tonight Show Starring Johnny Carson’

Celebrities You Never Expected To Be Trained In Martial Arts