For some, it’s hard to visit an animal shelter and not want to come home with armfuls of puppies. When you’re surrounded with that much cuteness, it can be hard to pick just one. But what if a dog picked you?

Early in the morning, Chelsee Lopez was returning from work. Everything was ordinary until she saw a big black dog running right beside her car. Not knowing if the dog was aggressive or dangerous, she was very careful when approaching it. She quickly realized the dog wasn’t aggressive, and she was able to get closer to it.

While the dog didn’t have a collar, she assumed it was a family dog that escaped from their owner’s yard. Not thinking much more about it, she left the dog some food and water on the porch, expecting it to eventually head home. But when she woke up, she was shocked to still see the dog.

After playing with the pup for a few minutes, she went to class. Much to her surprise, the dog was still there when she came home. She decided to call the dog Maggie. At this point, Lopez felt she had to intervene, so she decided to walk around the neighborhood with the dog to see if anyone recognized her.

No luck. Lopez and her husband took the dog into the house that night, but called animal services to pick her up the following day. But even after Maggie was picked up and taken to a local shelter, they couldn’t help but worry about her.

They went to the shelter almost daily to pay Maggie visits and even called the shelter for updates if a family had claimed her. When no one did, and the dog went up for adoption, Lopez was first in line to take her home. But there was a possible issue.

They already had a dog at home, Charlie, and he was a very frightened dog and had separation anxiety. They worried how he would react to having a new sister. However, much to their surprise, the two got along almost immediately. In fact, she even helped him with the anxiety as Charlie didn’t bark or cry when they left the house anymore.

In fact, the couple loved the new dog they adopted so much that they got a third. Five months after bringing Maggie home, they brought back Moko to join the family. Like Charlie, Moko was a scared and timid dog, but thanks to Maggie they soon saw a change in his behavior as well. Maggie was the glue that held this little family together.

Unfortunately, Maggie soon started to lose some weight and became less playful. After a vet visit, they determined she had diabetes. A side effect of diabetes in dogs is a loss of sight, and Lopez knew Maggie might go blind at any time. That prompted them to take a little trip and do a lot of outdoor activities that Maggie enjoys.

Since then, Maggie has lost most of her sight, but is adjusting well to being blind. Her playfulness has returned and she enjoys playing with Lopez and the other dogs. While she may have a bit of mileage on her, this dog still has plenty of life left to live. 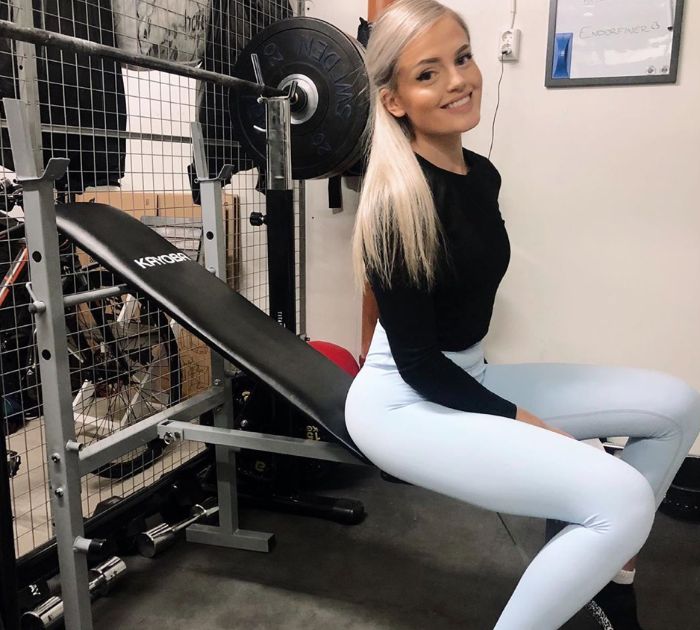 Creative Self-Isolation Wins During Quarantine 2020
You’re probably at home, on your laptop or phone, reading this. I’m also at home, working on my next cutting-edge piece of journalism – creative self-isolation, if you will. Whatever ...
click here to read more
Advertisement - Continue reading below
Share  On Facebook

Female Sports Reporters at the Top of Their Game

21 Duggar Family Secrets That Will Send Chills Down Your Spine!

The Sad Realities of Cruise Ships That Never Match Our Expectations