The world is around four and a half billion years old, and as a result, it holds many secrets that have never been discovered.  These are secrets of the earliest human beings that nobody has ever found out about or could ever have imagined. There is likely so many undiscovered things hiding right out of our sight.

And while most of us just go through our day to day lives not worrying about anything that isn’t right in front of our eyes, certain people do. For archaeologists and other scientists, searching for and locating these undiscovered things is what they do with their lives and they do it well. Over the years, millions of ancient and secret artifacts have been found thanks to the hard work of these people. These ancient secrets and things can range from hints to extinct animals or their bones, hidden relics, old tools and even large, undiscovered cities.

In fact, just recently, architects from Israel claimed they have just solved one of the biggest archaeological mysteries of all time. They finally believe they have found the ancient Greek citadel of Arca, which has been a hotly debated topic for years.

Arca was believed to be built somewhere between 215 and 164 B.C., by Emperor Antiochus, who ruled at the time. Antiochus was perhaps known for encouraging Greek culture, and suppressing Jewish culture, which ultimately led to the wars of the Maccabees.

The citadel was built to control Jerusalem and its Jewish temple. However, in 70 A.D. the temple was torn down and the area went through a religious battle between the Jewish people and the Muslims as they both claim the area to be theirs. There were also numerous attempts to take the citadel over.

And after thousands of years of being unused and deterioration, the site of the citadel of Arca has been a huge mystery, that has only recently been solved. It turned out that the remains of the citadel were actually found under the Givati parking lot at the City of David.

And while researchers have found what they are looking for, and very excited about it, the search at the excavation site is still going on. The citadel itself was mentioned throughout ancient literature, but the exact location was not, which is why it took so long to discover.

Not only did they find the site, but also a ton of other relics like projectiles, arrowheads and more. It was a huge discovery by architects that will allow them to actually reconstruct the citadel and see what it looked like thousands of years ago.

This was a very cool discovery and will paint a never before seen picture of how people used to live in the area and without the hard work of the archeologists, we would have never found such an amazing discovery. 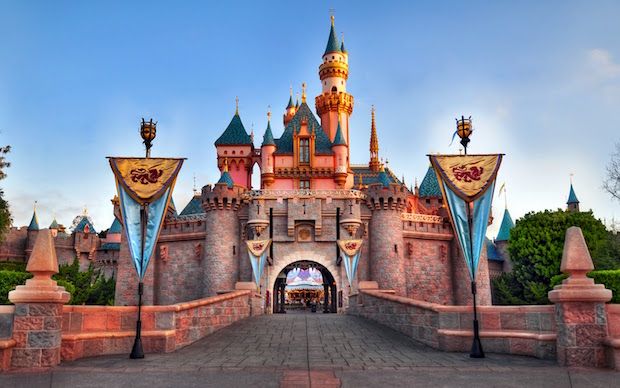 Look How Disneyland Has Changed Over the Years
Since its opening over a half-century ago, Walt Disney’s theme park has delighted visitors and locals alike who flock to its Anaheim, California location. But what visitors see today in ...
click here to read more
Advertisement - Continue reading below
Share  On Facebook

Think You Know Everything About Apollo 11? Think Again!

Where Are the Stars of the ‘Harry Potter’ Films Today?

Meet the Extreme Wildlife of the Chernobyl Exclusion Zone

Hilarious Fishing Photos That Were Captured at Just the Right Moment