Whether or not you actually believe in the ghosts, Washington has some pretty spooky places. From pubs to cemeteries, Washington has an abundance of haunted hot spots to visit.  Below are some of the most haunted places to see next time you head up to the Evergreen state — visit if you dare. Don’t forget to SHARE this list with your thrill-seeking friends!

Opening in 1912, the Northern State Mental Hospital housed more than 2,000 patients. The mental facility was known for its abuse of patients with its experimental trans-orbital lobotomies and shock therapy methods, which resulted in a multitude of deaths. Therefore, the facility is said to be haunted by restless spirits. Witnesses have reportedly seen apparitions of a man and a little girl with a red ball, and a nurse hanging from a noose.

The Mount Baker Theater opened its doors in 1927. According to legend, the theater was built on top of the home of a young woman named Judy, whose house was reportedly bulldozed in order to make way for the theater. Locals say that she now haunts the theater, specifically targeting  young male employees. Additionally, there have been reports of unexplainable gusts of cold air, balls of light, and a strange voice calling out people’s names.

The school-turned-community center is said to be a hot spot for spirits. University Heights is believed be haunted by a young boy who used to be a student there. People have claimed to hear children laughing throughout the facility. Investigators also have reportedly picked up paranormal activity in the building, confirming local legend.

Black Diamond Cemetery is known as one of the most haunted places in the state of Washington. Visitors have reported hearing whistling and voices when the cemetery was empty of (living) people. Additionally, there have beens claims of  swinging lanterns of dead coal miners seen on foggy nights in the cemetery.

The Hotel de Haro was built by McMillin in 1866. The historical hotel is famous for being a stopping place for Theodore Roosevelt. The Hotel de Haro is said to be home to a female ghost who roams the halls. Another spooky spot is the McMillin Mausoleum, located in the nearby woods, which contains a strange dining room setup. To make it even creepier, each place setting contains a column holding the ashes of a family member. That’s one dinner party invite you may want to skip.

Located in Puyallup, the Meeker Mansion is said to house a multitude of restless spirits. Eliza and Ezra Meeker founded the town of Puyallup, and are said to haunt this mansion. Sightings of a full-on phantom of Ezra Meeker have been reported by visitors. Other paranormal activity includes the sudden, unexplained appearance of a strong, perfume smell that is said to be Eliza’s ghostly presence.

After being investigated by the Paranormal Investigations of Historic America in 2010, this museum was officially designated haunted. The investigation found that mysterious voices responded to the voices of the investigators. Visitors and employees also have reported seeing the ghosts of two different men and a Native American woman walking around the building.

According to locals, Tokeland Hotel is said to house the living — and dead. The most famous ghost there is called Charley. Charley is said to be an illegal immigrant from China who died in the hotel in the 1930s, and he haunts the hotel to this day. He has been spotted in the hallways, and has been known to cause dinner plates at the restaurant to fly up or spin around.

The Tacoma Old City Hall has been plagued by mysterious paranormal activity. According to local town records, the police were reportedly called to the old building to investigate different disturbances, such as lights going on and off, noises coming from inside, fire alarms sounding, and even the intruder alarms being triggered. However, when the reports were investigated, the police found no evidence of anyone even being inside the building.

The Campbell House is one of Washington’s most well-known historical landmarks. Although a landmark, the house has a tragic past. After being built by the Campbells, three of the Campbell children were murdered by a burglar. The burglar also kidnapped the fourth child, who was never found. Visitors claim to be struck by a very unsettling feeling like dread upon entering the house.

Located in Seattle, the Butterworth Building is considered by many to be the most haunted pub in North America. A variety of paranormal activity has been documented, which includes mirrors spontaneously shattering, plaster falling from the walls, glasses being swiped off of surfaces by invisible hands, and disembodied voices. The owner of the pub also claims to have seen the apparition of a mixed-race man in a suit jacket, just sitting at the end of the bar.

Built in 1900, the Oxford Saloon in Snohomish is known for being a haunted hot spot. The saloon is said to be haunted by a multitude of spirits. One of the most famous among them is Henry, who is said to be policeman who was brutally murdered at the pub. According to witnesses, he can be seen on the basement stairs, and is known to pinch women in the ladies’ restroom. 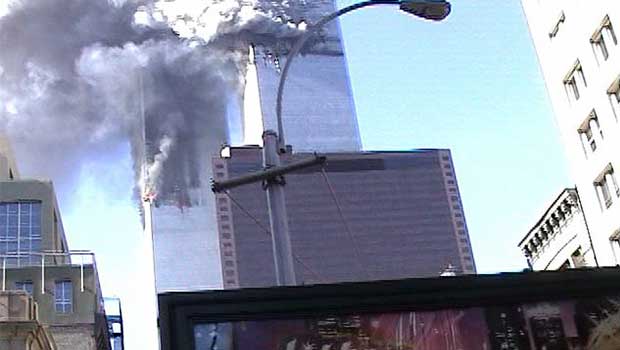 How Well Do You Remember 9/11 Facts? Take This Quiz!
On September 11, 2001 — the world watched in shock and horror at the terrorist attacks in America. Nearly 3,000 people died in a series of attacks in New York ...
click here to read more
Advertisement - Continue reading below
Share  On Facebook

Then and Now: What Happened to the Cast of ‘The Little Rascals?’