These Haunted Houses Around the Country Are Available to Rent

The fall season adds a whole new layer to the creepiness of haunted houses.

Something about the crisp air and the falling leaves just make them even scarier. While adrenaline junkies seek out the spookiest houses around, haunted houses are not for the faint of heart.

Around the country, there are several haunted houses that are available for rent. Would you dare to spend the night among the paranormal? Check out some of the spookiest options below.

Located in New Orleans, the Parks-Bowman Mansion is known for its spooky atmosphere. Rumor has it that the youngest daughter of the original builders — from the 1800s — haunts the house at night. Visitors have claimed to see the girl roaming around the house in a yellow dress.

If you are looking for a house outside out the city, definitely check out the Shamrock House on the outskirts of South Carolina. The house is haunted by Nancy, the former owner of the house. Once in a while, Nancy can be heard weeping in different rooms of the house. Sad.

The Texas White House in Fort Worth, Texas, is known for its ghostly presence. Many visitors have claimed to see a ghost in the Lone Star Room of the famous house.

Would you rent these haunted houses? Please SHARE this spooky post with all of your friends, if you’re not too frightened! 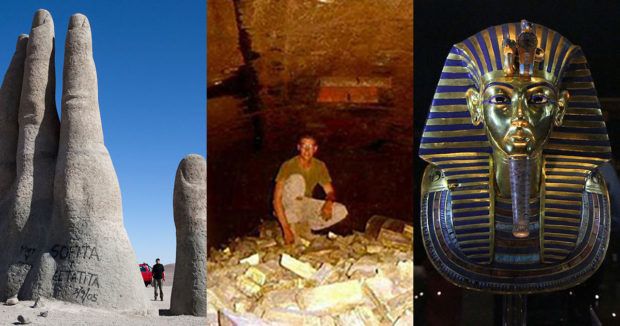 The Most Creative Halloween Costumes Ideas Of 2020

Lonely Lioness Sheila Is Finally Happy Thanks To Her Neighbor

See What the Kids From ‘The Goonies’ Are up to Today

Pricing Out The Biggest Financial Disasters Of All Time

Celebrities Reveal Their First Job Before They Were Famous