Spooky Abandoned Cemetery in Kentucky Has a Disturbing Past

Cemeteries aren’t usually great places to spend the day. Despite usually being beautifully landscaped and maintained, they’re mostly accompanied with sad thoughts or spooky vibes. Some cemeteries are famous for who lies in its graves, like the Cave Hill Cemetery.

The Cave Hill Cemetery is home to the likes of various military heroes as well as noted public figures like Colonel Harland Sanders and Muhammad Ali. It’s located in the Highlands neighborhood of Louisville, Kentucky, and it gets a lot of visitors.

Many assume that the small cemetery next to Cave Hill is simply part of it because it’s so close, but in fact, that cemetery, called Eastern Cemetery, has been abandoned for decades. Despite being left to rot, it actually has a really interesting past!

The 28-acre cemetery has existed since the 1840s, and that makes it one of the oldest cemeteries ever in Louisville. The first crematoriums the city ever had were established in the Eastern Cemetery in the 1930s.

Perhaps the most notable fact about the cemetery is that it was one of the first in America to allow the burial of people of different ethnicities and races on the same property. This was unheard of at the time, and the cemetery is now the resting place for a variety of people with very different backgrounds, including ministers, Union and Confederate soldiers, slaves, Free Masons, and Vietnam War veterans.

Although earning fame for its acceptance of different races, it’s earned infamy for other reasons. Anthropologists have found that bodies were actually being buried in graves that were already occupied by corpses. That meant that a family lot, for example, would disturbingly be used multiple times.

There have been four different grave maps of Eastern Cemetery and they were issued in 1880, 1907, 1962, and 1984. All of the maps are different from each other, which provides further evidence that plots were resold and reused for multiple burials.

If that didn’t make Eastern Cemetery horrifying enough already, the New York Times actually published an article in 1989 that illuminated another ugly fact about the cemetery.

Apparently, headstones and even bodies were being moved without informing the loved ones of the deceased. That meant that headstones and bodies are mismatched, making it near impossible for a family to know where their deceased family member actually lays.

Further reporting from the New York Times revealed even worse news. Roughly 70 infants were discovered to have been buried on top of other people’s remains and only 10-18 inches beneath the surface. Horrible practices like this allowed the cemetery to surpass its capacity of 18,000 and reach a rumored number of 51,000 buried.

With the horrible history that Eastern Cemetery has, it’s hard to imagine it being turned around. That’s exactly what Friends of Eastern Cemetery, a nonprofit organization of volunteers, plans to do, though. They’re working to heal the property by clearing the garbage, maintaining the landscape, and repairing damaged headstones.

Eastern Cemetery has a checkered past, but a variety of incredible people buried on its grounds. It’s well worth checking out if you’re ever in Louisville! 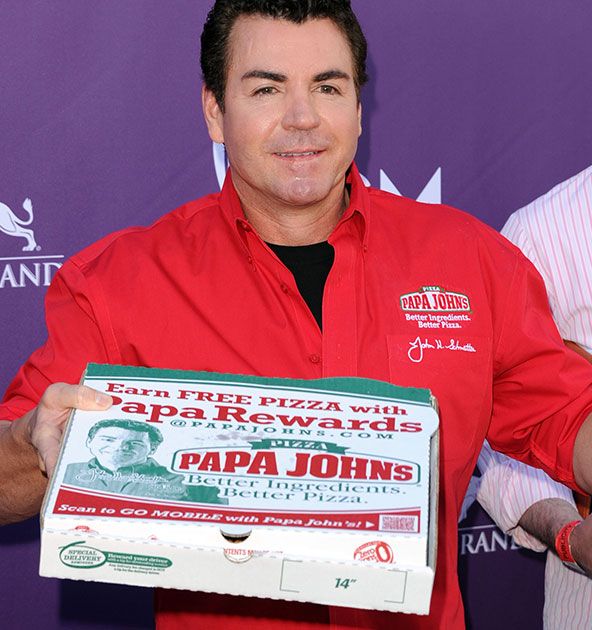 Things You Didn’t Know About Papa John’s Pizza
Watching any sporting event comes with a great deal of excitement and an even greater deal of food advertisements trying to cash in on the moment. Pizza Hut, Taco Bell, ...
click here to read more
Advertisement - Continue reading below
Share  On Facebook

The Worst Movies Ever, According to Their Rotten Tomatoes Scores

Greatest Golfers: The Best Professionals to Ever Hit the Links

The 20 Greatest Coaches in Sports History

The Hottest, Most Seductive Femme Fatales in Movie History