People may think of movies and TV shows used to be very fictional. There might be concepts and themes of TV series that are far from reality. There are shows out there for whatever you’re looking for. Nowadays, one of the biggest topics that people are looking to TV shows for an accurate representation of the highs and lows of mental illness.

Here are two of the most wide-appreciated TV shows that bring out a good portrayal of how to handle mental illness.

It is an animated sitcom that showed the struggles of dealing with the stage of puberty. Big Mouth is fantastic in personifying abstract feelings and events. The Hormone Monsters described what it’s like to go through puberty in an amusing way.

The characters of this sitcom represent the influences of society and how to properly deal with these. For example, “depression kitty”  follows Jessi around is firstly reassuring but gradually becomes a burden that she cannot bear, much like the experiences that many people have with depression (her representation). Anxiety Mosquito is a stressful character, that bites and pesters the protagonists until their worries become catastrophes in their imaginations, forcing them to separate themselves from their companions or even lash out. “Gratitoad” introduces the characters to the practice of gratitude in humans. Even though he does not cure sadness or anxiety, he does give individuals tools to deal with them when they arise.

Although Big Mouth has a lot of vulgar comedy, it discusses mental health in a very sensitive and sympathetic manner. It affirms, rather than dismisses adolescent experiences with mental health.

Bojack has a colorful backdrop, crazy humor, and zany characters that are fundamental to its success as one of the most accomplished dramedies of all time.  Bojack Horseman signifies that depression is sometimes portrayed as a gorgeous aspect of life that forces you to become mysterious and gloomy. However, sadness can present itself in the absence of all feelings, with a slew of self-destructive impulses.

Bojack’s battles with depression and the misuse of substances harm him as well as many others in his life. His prior celebrity life and current fortune, as well as any amount of acknowledgment or affection from the people in his life, do little to alleviate his depression. This portrays a real picture of depression since there is no one-size-fits-all solution or miracle cure for it. Bojack does everything to feel anything, yet he often still feels empty and alone.

However, there are absolute moments of genuine hope in the program, which contributes to Bojack Horseman’s complex representation. Depression is indeed a difficult struggle, but there are strategies to handle it. 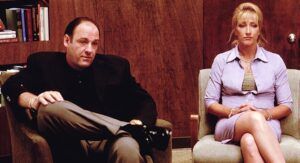 Are You Brave Enough to Stay at These Haunted Hotels?

Professional Athletes That Lost It All And Went Broke

Did You Know That These Actors Were Extremely Talented Athletes?