This Amazing Polar Bear Kisses and Pets an Eskimo Dog

There’s a simple rule in the Alaskan wilderness — don’t chain your dog up outside. With polar bears always on the prowl for a meal, leaving a dog chained up is a good way to ensure they become a snack for a hungry predator. That’s why Alaskan tour guide David de Meulles was recently shocked by an interaction he stumbled upon while on the job.

Along with several people he was escorting, de Meulles saw a dog that was tied up. They watched in horror as a giant polar bear approached the dog, surely to eat the poor creature. What happened next shocked them.

Instead of tearing into the defenseless dog, the polar bear started to kiss and pet the helpless dog.

He quickly took out his camera and began to film the rare interaction.

The polar bear cautiously walked up to the dog, and then sat down gently beside the pet. Surprisingly, the dog didn’t seem to be scared by the large bear’s presence.

“And then, sure enough, he started petting that dog, acted like he was a friend,”de Meulles explained to CBC News. “I just so happened to catch the video of a lifetime. I’ve known the bears to have somewhat friendly behavior with dogs, but for a bear to pet like a human would pet a dog is just mind-blowing,”

It was a very interesting interaction, but some people who have viewed the video voiced their concern that the situation could have ended very differently. In fact, it’s not uncommon in areas where polar bears are prevalent to hear stories of family pets being eaten and badly injured because of the big animals killer instincts.

This polar bear looks pretty well fed, which may have helped with the outcome of this story. Watch the video to see the amazing interaction unfold.

It’s hard to believe that these two animals could share such an amazing bond given their individual places on the food chain. Just keep in mind — most interactions among pets and wild animals don’t always go this well. Remember to keep your pets safe by not allowing them to become the victims of wild animals. 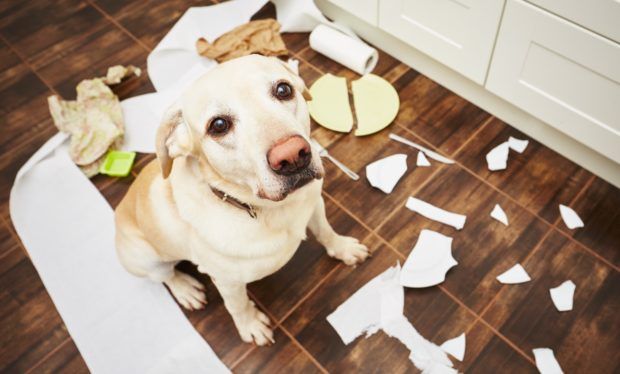 Harmful Things You Do to Your Pet Without Realizing it
Pets are a part of the family, so any reasonable pet parent just wants what’s best for them. But unfortunately, there are things we do to them that tend to ...
click here to read more
Advertisement - Continue reading below
Share  On Facebook

All The Celebrities We’ve Lost In 2021

Celebrity Secrets Revealed by Their Personal Staff and Entourage

These Rare Historical Photos Will Blow Your Mind

Here’s What You Need to Know About Shingles

These Crazy Comparisons Made Us Totally Change Our Perspective