“Give me your tired, your poor, your hungry.”

Who can forget those immortal words? They are inscribed on the Statue Of Liberty’s tablet, which was viewable on the beautiful Ellis Island, where the main building was constructed in 1900. The New York Public Library released a new set of photos showing many of the families that came over to the United States to seek a better life. These photos are hauntingly beautiful and they signify the sacrifices that individuals made for their freedom.

Immigrants waited days to be taken in for inspections. They sat in a place called “the pens,” as they waited for their turn. They had to undergo mental and physical inspections. Research indicates that many of the physical and mental inspections were pretty unpleasant.

Ellis Island remains to this day a symbol of freedom and many visit there when they go see the nearby Statue of Liberty. In 1982, Ellis Island went through many renovations and the island is now home to many areas that have been converted into museums featuring photos, artifacts, gifts, live shows, tours, and concessions. It is truly a sight to see!

The famous Ellis Island is located in Upper New York Bay. Approximately, 12 million immigrants passed through the building and the Statue of Liberty National Monument was combined with Ellis Island in 1965.

Did you know that the Statue of Liberty was actually located in New Jersey? There are many arguments over the precise location of the historic landmark, especially among the locals! Don’t take our word for it, though. A supreme court decision confirmed this in 1998.

Considered to be the gateway into America, most immigrants seeking better lives in the United States would travel on boats and meet family members at the island. Many immigrants who arrived were reunited with family members who had immigrated to America themselves, sometimes years and decades beforehand.

Ellis Island is 27.5 acres long and it is governed by the National Park Service. On October 15, 1966, the Statue of Liberty National Monument, Ellis Island, and Liberty Island were officially added to the United States Register of Historic Places. It was added to the New Jersey Register of Historic Places on May 27, 1971. The island was also officially designated a New York City Landmark on May 27, 1971. 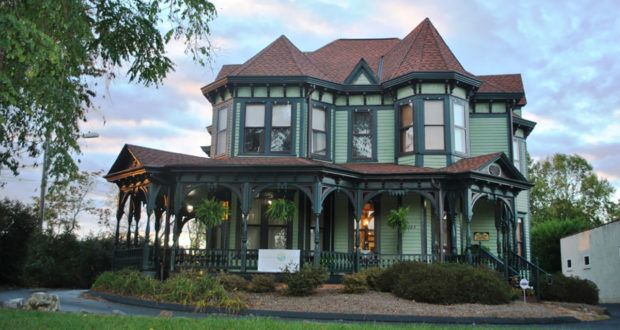 Want to Buy an Old Home? Check Out These American Cities
Living in the modern world but looking for an old home? There’s a place for that! Well, many places. Plenty of American cities are renowned for their vintage charm, giving ...
click here to read more
Advertisement - Continue reading below
Share  On Facebook

If You Have Any Of These Coins, You’re Rich!

The Many, Many Women of Iconic Singer Frank Sinatra

Iconic Bald Celebs and What They Looked Like With Hair

The Best Comic-Con Cosplay Outfits Ever