Gorgeous Home Sits on a Rooftop in New York City

New York City is filled with wondrous high-rise apartment buildings. This home in the heart of the East Village, which sits on a roof that literally tops them all.

According to the listing from Compass realtor, it is described as “truly the most unique property in the East Village.”

The home is a duplex penthouse condominium with four bedrooms and three and a half bathrooms. It occupies the entire fourth and fifth floors. And if that doesn’t entice you to move there, it’s topped off by an Nantucket-style cottage on the roof with a private wraparound terrace.

When most New Yorkers travel miles for a beach destination, this cottage is accessible through double french doors that lead up to the roof.

The structure, which was built in 1868, is known as the Minthorne House. This was formerly part of the Minthorne Farm, a 50 acre plot sold to landowner Philip Minthorne by the Dutch East India Company in the 18th century.

The street where the condo is located is also known as Extra Place. It became a part of New York when Minthorne divided his 110-acre farm equally among his nine children. The tiny parcel that was left over became Extra Place.

There’s plenty of privacy as it consists of only three residential units across five stories. The duplex is divided into living quarters and a former artist studio.

The great room features 18-foot ceilings. This is a another rarity in New York City apartments because most ceiling heights range from nine to 11 feet in pre-war buildings.

It also boasts unobstructed views of Lower Manhattan through 22 windows.

There are two wood burning fireplaces — one in the living room and one in the master bedroom — for those chilly New York wintry nights.

SHARE this amazing home with your friends. Would you like to live here? Let us know in the comments below. 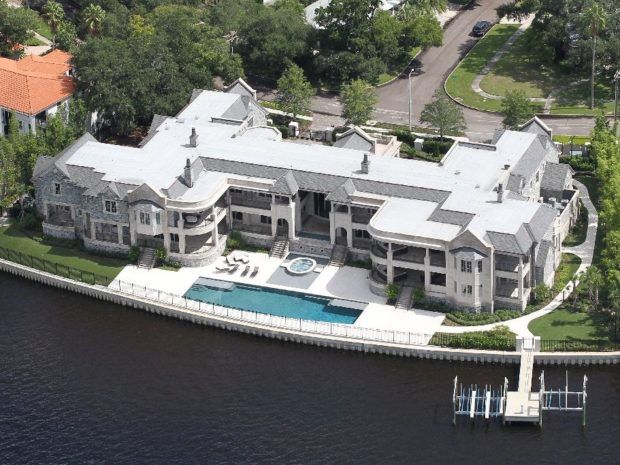 All Your Cute and Strange Dog Behavior Questions Answered

Which of Your Favorite ‘90 Day Fiancé’ Couples Are Still Together?