This Creepy Abandoned Mall in Missouri Used to Be Hopping

Just as quickly as a new mall opens to huge success, it can also close down due to a painful decline. This structure used to be one of the biggest malls in the area. Now, it is a completely abandoned space that is a shell of its former self.

Though the mall’s decline is known by the city’s residents, photos of the place have gone viral, bringing national interest to the creepy spot. Seph Lawless is a photographer who is most noted for his great photos of urban decay in various places. When he visited this mall to take pictures, he called it the creepiest mall he had ever been in. However, it wasn’t always so creepy.

The Metro North Mall first opened its doors in 1976 and it had 125 stores in it. Despite the competition and challenges in the shopping center market, this place succeeded early on. One of the coolest things about this mall was the center square that contained a fountain and a few mini hot air balloons.

While the mall had success for a number of years, it eventually began to decline. Competition from surrounding shopping centers and other factors led a number of the stores to leave. By 2007, the economic turmoil along with the constant flip-flopping of the tenants meant some changes had to be made.

In that same year, there were plans released that were going to turn the mall into an outdoor life center. However, the death of the mall’s owner and decline of the economy both hurt this place. Back in 2010, more plans were released to revitalize the mall, which by this point was down to a 17 percent occupancy. Those plans also fell through.

Despite many tries to fix this mall, it closed it’s doors for good in April 2014. After over a decade of decline and hardships, the mall was left with only two open stores at the time of its close. Despite the mall only being closed for a little over two years, it is already starting to deteriorate. While many may think that vandals broke in and destroyed the mall, the real culprit is time. Tiles crumble and nature starts to reclaim the mall as no maintenance has been done in years.

A deal was recently struck with a company who wanted to buy the mall and its land, with plans to demolish the property. After destroying the old and abandoned mall, they intend to build a “mixed-use site” that would include retail space, some office buildings, a hotel and some residential units. That means that these photos throughout this article might be one of the last looks we get at this mall.

Check this video out to get a closer look at one of the eeriest “dead malls” in America. 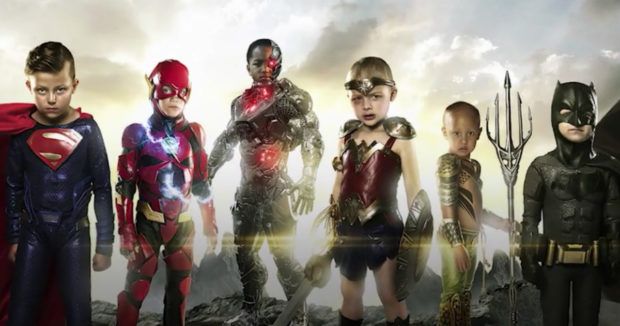 WATCH: Photographer Masterfully Transforms Kids With Disabilities Into 'Justice League' Superheroes
Many kids dream of being the superheroes they see in movies and on TV, but rarely do they get a professional photographer to help them in their pursuit. In the ...
click here to read more
Advertisement - Continue reading below
Share  On Facebook

The Tale of America’s ‘Forgotten State’ and its Tumultuous History

Dolly Parton: The Life and Legacy of Country’s Biggest Star

Stars You Forgot Were on ‘The West Wing’

Your Favorite Stars From ‘Days of Our Lives’ – Then and Now