Landscape paintings consist of images of different bodies of nature such as forests and valleys. Landscape as a separate genre did not exist in the Western tradition until the Renaissance in the 16th century, despite the fact that paintings from the early antique and Classical periods featured natural scenic aspects. This genre actually originated in the 4th century in China. Thus, the evolution of landscape paintings is often influenced by Chinese paintings and Western art.

Nature is a magnificent environment and subject of paintings in which inner thoughts and progressive concepts of the new aesthetic language and trends can be engraved. One of the famous painters of the landscape is Vincent Willem van Gogh – a Dutch Post-Impressionist painter from the Netherlands. He painted landscapes to express his thoughts about life and death. He is one of the rare artists who could exact every nuance of meaning from the various colors and hues of natural objects.

Here are some of his most famous landscape paintings:

According to the Sompo Jana Museum of Art, Van Gogh created this masterpiece to celebrate the vigor of life itself with fifteen sunflowers grouped luxuriantly in a yellow jar surrounding a single bloom with an eye-like red dot, imbuing each solitary sunflower with its own expressional force.

Van Gogh painted different stages of the harvest to depict peasant life and labor on the field – which was a common theme in his work. In the painting, a half-mowed wheatfield, ladders, and several carts are visible which represents the root basis of ‘The Harvest’.

Within the first week of his stay at the asylum, Van Gogh began working on Irises. Knowing Gogh’s mental state at this time, the painting could easily be interpreted as a reflection of his problems. Many interpreters noticed the bold brushstrokes, vibrant color, and monumentality of the flowers, you will notice an uneasy mood.

When Van Gogh painted the Starry Night, he was seeking relief from his debilitating depression in the Saint-Paul asylum in Saint-Rémy in southern France. It is based on these own observations of his view of the countryside from his window as well as the memories and feelings inspired by that vista.

Van Gogh was particularly fond of flowering trees. They symbolized rebirth and hope. He got pleasure in painting them since he liked the way they looked. This painting was actually a source of joy for this was a gift from him to his newborn nephew, Vincent. 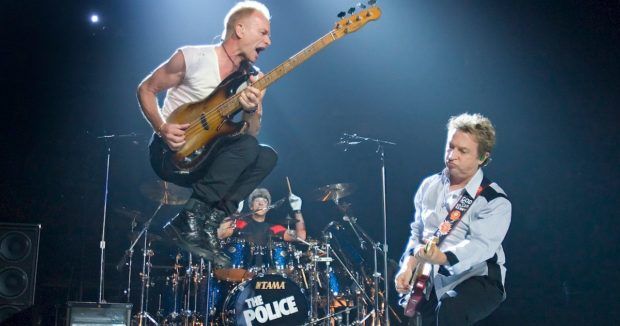 You Never Knew What These Misunderstood Songs Were Really About
It’s no secret that there’s a lot more to some songs than meets the eye. Some have hidden meanings, while others are so deeply personal to the songwriter that the ...
click here to read more
Advertisement - Continue reading below
Share  On Facebook

The Most Outrageous Things Your Tax Dollars Are Paying For

Celebrities With Some of the Highest IQs in Hollywood

Foods From Around the World That Are Banned in the US

Underwater Discoveries Too Bizarre To Believe!

All Your Cute and Strange Dog Behavior Questions Answered

Foods To Avoid When You Have Shingles