Every October, numerous artists participate in Inktober, a month-long challenge to ink a drawing for each day of the month. One artist in particular, Shawn Coss, decided to focus his drawings on mental illnesses and disorders. His stellar drawings bring awareness and visibility to the important topic of mental illness. Let’s take a look at some of his best work below!

Social anxiety disorder is one of the most common mental health conditions in the United States. Individuals suffering from the disorder don’t really do well in social situations out of a fear of being judged or ridiculed by others.

This illustration shows a large number of hands reaching down toward one person, similar to how people with this disorder fear they will be the center of attention and embarrass themselves.

This is an extremely common disorder that is often just referred to as “depression.” While everyone gets depressed from time to time, some people struggle with it constantly each and every day. This illustration shows someone trying to break free from the illness, but it has a solid hold of them.

Everyone probably knows a little bit about insomnia, namely, that it prevents those suffering with it from either experiencing restful sleep or even sleeping at all. This illustration shows a figure that is clearly having difficulty sleeping, and it is an eerie take on the condition.

Post-traumatic stress disorder (or PTSD) develops in individuals who have lived through one or many traumatic events. Usually PTSD affects soldiers and law enforcement officers, but it can really develop in anyone who has been through a high-stress situation.

This illustration shows a person being engulfed by fear, a representation of their trauma.

Bipolar disorder is usually characterized by extreme and sudden shifts in mood. These mood swings are often unpredictable. They can put an emotional strain on the person with the disorder and their loved ones. This picture shows a figure struggling with controlling their “other half.”

Borderline personality disorder (BPD) sufferers exhibit patterns of abnormal behavior including mood swings, poor or negative self-esteem and often unstable relationships with others. Those with BPD often engage in risky and dangerous behaviors because they have an extreme fear of feeling empty.

This image shows a woman struggling with her inner demons.

Autism Spectrum Disorder (ASD) runs the gamut, but is mostly characterized as an impairment of one’s ability to interact socially and communicate with others effectively. It is normally identified at a very young age and can develop gradually, though it can also regress. This image shows someone struggling to communicate the way they want to.

Schizophrenia is complex, but is commonly characterized by an inability to understand reality. This leads to abnormal (and sometimes dangerous) social behavior. This image shows a woman who is becoming engulfed by the disorder, as it slowly takes over her mind.

Obsessive compulsive disorder (OCD) is a disorder of repetition – repeated thoughts, repeated routines, and sometimes a nervous desire to check their surroundings (i.e., repeatedly make sure everything is in its “proper place”). Those with OCD have a hard time finding comfort, as their disorder can absorb hours from their day.

This illustration shows a figure rubbing itself raw in an effort to get clean.

Dependent personality disorder is characterized by a psychological dependence on others to the point where an individual struggling with the disorder will completely depend on others to meet all of their emotional and physical needs. Sufferers have a hard time achieving what are considered normal levels of personal independence.

The picture shows a figure that is physically attached to another, a literal representation of the disorder.

Do you know anyone who suffers from one of these disorders? Share this post with them so that they know they’re not alone! 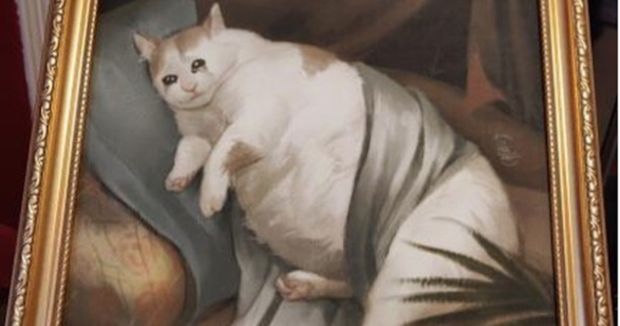 Customers Capture the Funniest Art Found at Thrift Stores
A thrift store can be a great place to find needed items on the cheap. Many thrift stores have basically any household item, clothes, footwear, music, books, and so much ...
click here to read more
Advertisement - Continue reading below
Share  On Facebook

Unusual Signs that Can Identify High Intelligence In A Person

Wacky Photos of Things You’ll Only See in Australia

Beauty Pageant Controversies That Everyone Forgot About

These Silly Big Cats Were Caught on Camera

The Private Celeb Couples Who Are Rarely Seen Together