Is there anything on earth cozier than getting in your pajamas with a cup of tea and diving into a good book while the snow furiously falls outside your window? If there is, we haven’t discovered it yet. There’s something especially cozy about reading a scary book, even though it sends shivers down your spine. As the holiday season rapidly approaches, consider buying one of these books for the horror fanatics in your life. (And while you’re at it, maybe pick up one for yourself…)

Olson, a journalist, and Argie, an investigator, give you a first-person tour of some of the most haunted places in America. Published in 2014, it’s current and up to date, and a combination of interviews and documentation lend it further credibility. It also will help you put together a haunted-hotspot bucket list, if you’re inclined to do so.

Ghostland focuses on the past but doesn’t discount the present. The New York Times Book Review wrote that it’s “a lively assemblage and smart analysis of dozens of haunting stories … absorbing [and] intellectually intriguing.”

The Myrtles Plantation: The True Story of America’s Most Haunted House (Frances Kermeen) – $7.93

What would a list of scary books be without one about a haunted plantation? Nobody knows the Myrtles Plantation — now a bed and breakfast located in St. Francisville, Louisiana — better than Kermeen, who formerly owned the historic home. Take it from her: There are some weird things going down inside those walls.

These paranormal investigators tell the story of a period in which they were called upon by a family to suppress supernatural forces that were assaulting them. Whether you believe them or not, the Warrens — Ed passed away in 2006 — consistently keep you compelled.

Haunted is the story of the Williams family, who moved into a Victorian home in Canada that had a troubling past. Dorah Williams, the matriarch of the household, provides a first-person account of what it was like to live, and try to survive, in the haunted house.

Haunted Nights is a compilation of 16 stories about freaky incidents that occurred on Halloween. Before the book’s release, they had never been published. That holiday may have already passed, but that doesn’t make these stories any less frightening and eerie.

I Am Haunted: Living Life Through the Dead (Zak Bagans and Kelly Crigger) – $16.99

Bagans, a paranormal investigator and the creator/star of Travel Channel’s Ghost Adventures, details his many ghost-hunting investigations in his quest to find answers — and, ultimately, the truth — about the underworld.

This 1977 classic, which was made into a movie (1979) starring James Brolin and Margot Kidder — and then a 2005 remake starring Ryan Reynolds and Melissa George — is a must-read for any fan of the genre. The book tells the true story — lawsuits have questioned that, however — of the Lutz family, which moved into a vacant Long Island house following a series of murders. Remember we wrote that you’d be cozy reading these books? We’re beginning to rethink that statement…

Paranormal State: My Journey into the Unknown (Ryan Buell and Stefan Petrucha) – $16.99

Buell, who founded the Paranormal Research Society when he was just a 19-year-old student at Penn State, writes about his experiences with ghosts, sightings, and demons. If you’re a fan of Buell’s Paranormal State reality show, you’ll get a kick out of this book.

The title pretty much speaks for itself. Dare to give it a read? We promise it will leave you shaking.

Editor’s Note: Spine Media has an affiliate partnership with Amazon, so we may get a share of the revenue when you purchase through our website. 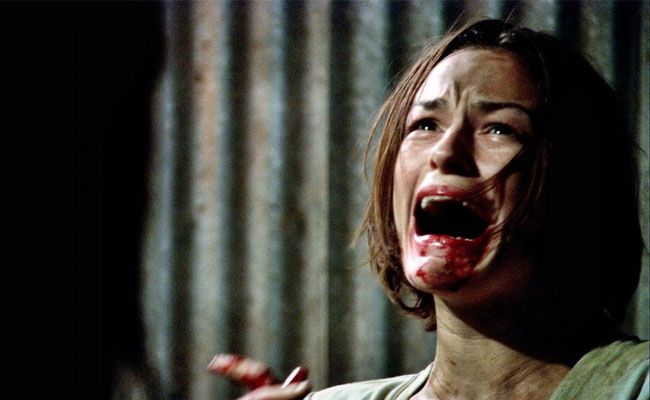 Terrifying Movies That Were Based on True Events
Horror movies are made to scare us. But what makes a horror movie scarier is when we learned that it was based on real life events. Have you ever experienced ...
click here to read more
Advertisement - Continue reading below
Share  On Facebook

These Actors Were Left Scarred for Life From Their Movie Roles

‘The Ellen DeGeneres Show’: Behind the Scenes Details Revealed