History’s Mysteries: The Odd Case of the 1904 Olympics

Power dynamics, economics, scientific discoveries, changing landscapes (and hands), and culture seem to dominate history books. However, some of the most interesting tidbits and short stories never discussed are often the most entertaining. The story you are about to read may sound unreasonable, possibly even ludicrous, but we assure you that the shenanigans observed during the 1904 Olympic Games are completely true.

From August 29 until September 3, 1904, the official “Games of the III Olympiad” were held in our own St. Louis, Missouri. It was during this year’s competition that the three-medal format – bronze, silver, and gold medals representing third, second, and first place, respectively, was established. Interestingly, the games were also quite small to what they could have been. Due to the 1904-1905 Russo-Japanese War, in addition to the rather inland location of St. Louis, many athletes chose not to travel and thus compete. To provide content, only 12 – 15 nations were represented. In fact, out of 651 athletes, a mere 62 were from outside of North America. Unsurprisingly, United States athletes claimed a whopping 234 medals out of a possible 278.

One specific event from these games, the marathon, was one for the books. It has been recorded that the 26.2 mile course was mostly composed of loose, dry dirt. In other words, the course was incredibly dusty. It was so ill-prepared that one athlete suffered a torn stomach lining and esophagus directly tied to the excess dust particles in the air. Even worse, one of the race organizers purposefully removed water stations from passing athletes to observe the effects of dehydration upon the body. The purpose of such a cruel stunt is unknown.

Nonetheless, the most fascinating aspect of this race was the eventual medal-placement of the fastest athletes. The gold medalist for this event was won by a man named Fred Lorz. After running for some time, Lorz hit the metaphorical “wall” and began suffering from some consequential cramping. Somehow, Lorz was not disqualified when a car picked him up and drove him to the finish line. For these antics, Lorz had a clearly unbelievable advantage, beating his competitors by hours. He claimed the action was intended “as a joke” but there was no word that he handed-back the medal.

The race’s second-place finisher was Thomas Hicks. Hicks, possibly one of sport competition’s original cheats, attempted to concoct a performance-enhancing drug to assist in the run. The mixture created combined egg white and strychnine. If you’re unfamiliar, strychnine is and odorless, bitter crystalline powder. As it was probably unknown at the time, strychnine can induce muscular convulsions, possibly even death. Left untreated, these muscular convulsions could lead to intense exhaustion, would could then cause death. It was also able to affect breathing patterns, potentially causing asphyxia as well. All said and done, Hicks essentially poisoned himself, even before the race began. He somehow made it through the course but had to be carried by organizers or spectators to cross the finish line.

Lastly, the marathon’s fourth-place finisher was that of a Cuban national named Andarin Carbajal. Amazingly, Carbajal ran across Cuba in its entirety in order to finance his trip to the United States. Unfortunately, his moral compass was a bit skewed. As soon as he arrived on American soil, he had gambled, and lost, all the monies raised to support his stay during the competition. Still, that didn’t stop Carbajal. He appeared on race day with his  formal dress attire, presumably losing all his other possessions along the way to St. Louis. Another competitor was kind enough to cut his pant legs, transforming his formal bottom piece into a pair of shorts. Best yet, during the race Carbajal made the mistake of snapping an apple off an orchard along his way. He took a bite and quickly fell ill as the apple was rotten. Even with severe stomach cramps, he was still able to finish in fourth-place.

Through questionable cheats and plain bad luck, the marathon happenings and results during the 1904 Olympic Games were controversial, at a minimum. And yet, here we are with three of the top-four finishers… how odd. 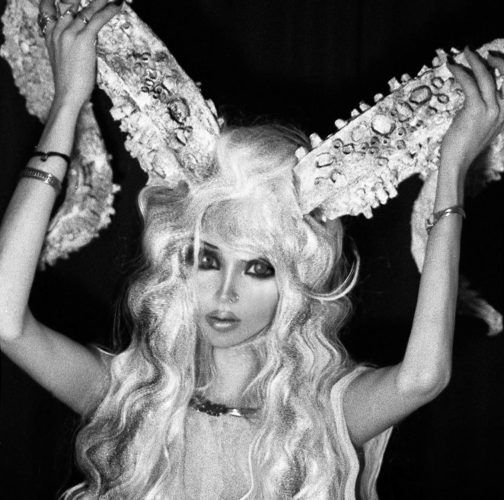 Meet the Ukrainian Model Who Looks Like a Real-Life Barbie Doll
Many young girls grow up playing with Barbie dolls, idolizing their unattainable figures and perfectly symmetrical features. It isn’t too hard to see why some parents today don’t let their ...
click here to read more
Advertisement - Continue reading below
Share  On Facebook

Amusing Pics of Envious People Who Are Absolutely Not Having it

Foods To Avoid When You Have Shingles

Horrifying Celebrity Dolls That Were Actually Made

The Astounding Net Worth of British Royalty