In Sequim, Washington, a feud between neighbors was brewing. The feud escalated to viral proportions after Brian Juel humiliated his neighbors in a lawnmower stunt for the world to see.

Couple Cindy and Blaine Zechenelly were ostracized by their neighborhood after building a huge garage apartment and painting it purple. When the couple constructed the large purple structure in the small town, neighbors were immediately outraged. They felt that it was distracting, and Juel was especially displeased that the lavender home has become the focal point of the community.

Juel wasn’t the only one in the community opposed to the purple building. Some people in the neighborhood created and signed a petition to gain property tax relief from their Washington county since the apartment towers over their own homes. They felt that it lowers the value of their properties. One woman, Andi Taylor, even claimed that the white walls in her house were turning purple because of the sun reflecting off the so-called “Barney” home, a nickname given by the neighbors.

However, Juel took the feud to the next level. He took a lawnmower to his lawn like pen to paper, and carved out a large “A HOLE” into his grass with an arrow pointing to the Zechenelly residence. The image was caught on Google Earth and went viral when discovered.

It’s not clear whether these actions have had any effect on the Zechenellys. Regardless, Juel’s lawn art is still available on Google Earth for our viewing pleasure. 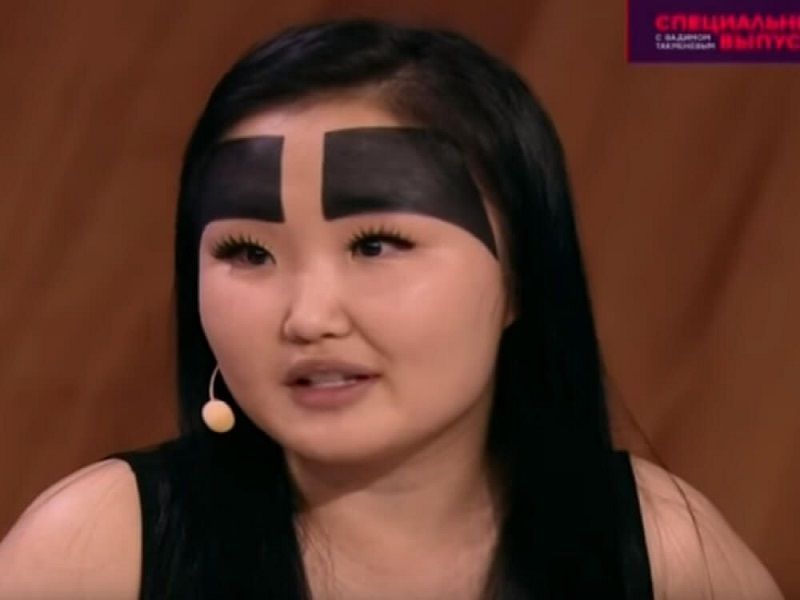 These Eyebrow Disasters Are Bad Enough to Make Anyone Cringe
Some say that eyebrows can make or break your entire look. They help accentuate your eyes, shape your face, and perhaps most importantly, they play a significant role in communication. ...
click here to read more
Advertisement - Continue reading below
Share  On Facebook

‘The Nanny’: All the Behind-the-Scenes Secrets You Need to Know

Ranking the Best Westerns of the 1960s

The U.S. States Baby Boomers Are Moving to for Retirement

The Biggest Hollywood Relationship Drama To Ever Hit The Red Carpet

These Celebrity Doppelgangers Made Us Do a Double Take

How to Save More Money for Retirement