HIV is also known as the ‘human immunodeficiency virus is a virus that strikes a human’s immune system. If a person was infected by the virus and was not able to receive immediate treatment, this can result in AIDS (acquired immunodeficiency syndrome) or worse, cancer. Many studies have concluded that HIV is transmitted through sexual contact, from mother to child during pregnancy, childbirth, or breastfeeding. The cases of HIV have been spreading out in the world decades ago and the percentage of death rate is much more than the survival rate.

The first woman who happens to be the third person who survived the infectious HIV through a treatment called umbilical cord blood transplant, which is said by the experts – too dangerous to be fitted by most people with HIV. It has been reported that the patient has leukemia and was infected by the virus when she underwent a stem cell transplant from someone who has AIDS. The umbilical cord blood transplant protects the body from the mutation of the virus by blocking it from entering the cells. The transplant was also possible through partially matched blood stem cells from a first-degree relative – which would obviously help the body to reproduce all types of blood. The woman who opted for privacy on her end is now 14 months virus-free and a survivor of leukemia that she had acquired in March 2017 due to an HIV infection.

According to Dr. Koen van Besien (Transplant Service Director at Weill Cornell Medicine) from his interview in Times that scientists stated that the cord blood transplant comes from newborns which makes it more adaptable to the human cells compared with adult cells (called bone marrow transplant). In addition to that, Dr. Steven Deeks (AIDS Lecturer at the University of California) also pointed out cord blood as “an attractive option” because there is some unidentified magical content of it that gives an extra benefit to the human’s immune system.

It has been known that more than half of the 37 million HIV cases worldwide are women and most of the treatment conducted is still the traditional one. There are some HIV cases that have been cured and are considered genuinely remarkable. On the other hand, according to James Gallagher, a Health and Science Respondent, cured HIV cases still does not lead us closer to the treatment of the 37 million people living with HIV, thus, he proposes that the main hope as a treatment of the remained cases will focus on the making of vaccines or drugs that can drive away from the virus out of the body. 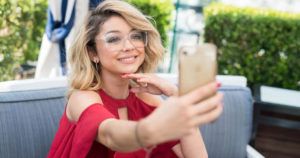 These Celebrities Are Living With Serious Medical Conditions
Millions of Americans live with serious medical conditions every day, and they may not realize that some of their favorite movie stars and musical artists — both young and old ...
click here to read more
Advertisement - Continue reading below
Advertisement - Continue reading below
Share  On Facebook

Tips to Survive a Zombie Apocalypse

These Common Grocery Store Items Are Actually Terrible for You

These Hilarious Office Photos Will Help Alleviate Your Cubicle Boredom

Gross Soda Flavors From Around the World: Reviewed

Meet The Successful Women Worth Billions