Watch a few episodes of almost any ghost hunter show and you’ll notice a constant theme — abandoned hospitals. There is just something inherently creepy about an abandoned facility that once used to provide hope, help and healing to so many visitors. Recently, the team at Sublunar explored a hospital that was just recently abandoned by its owners.

Left behind was a building full of equipment that still holds a laboratory, morgue, operating rooms and various other common areas. The hospital was only recently abandoned at the time of filming which meant a lot of clean up and equipment removal was needed.

With various instruments, office equipment and other items left eerily in place, it almost looks like something out of a horror film.

There is obvious water damage already showing on the ceiling and walls. Thankfully, a buyer came forward and older equipment that was left behind was removed from the building.

Still, the unsettling video has managed to rack up nearly 200,000 views thanks to the incredibly uncomfortable footage.

The morgue is not the friendliest area of a hospital even when it’s in use. This time around the cooler was left open to avoid mold. The dustpan holding the freezer open definitely adds a creepy feel to an already cold and isolated room of the hospital.

As the videographer walked through the abandoned space, the loud background noises that were present added to the creepy feel of the abandoned building.

The hospital first opened in the early part of the 1900s and remained in service for just over 100 years. Upon closing, many items appeared to have been left right where they were first placed before the closure.

The film was marked by creepy echoing sounds and flickering lights. The outside of the hospital showed the design and how it aged incredibly over a century of use.

Several rooms looked as though they were cleared out in a hurry. This is probably what a zombie apocalypse would look like in real life.

As if the inside of the hospital was not unnerving enough, there was a slogan and artwork on the outside of the structure that definitely added to the creepy factor.

The slogan, “Care in the spirit of joy,” offered a message of hope, but the artwork is unnerving in its overall design.

Unlike other videos we have viewed in the past, the videographer didn’t attempt to find any wayward spirits, although it would have been a prime area to look for the supernatural.

We don’t know what type of business will move into the building, but it likely won’t leave behind the creepy remnants from 100 years of a daily medical practice.

On a positive note, this hospital was probably a lot more creepy when it opened 100 years ago with its outdated medical instruments and century-old medical practices. 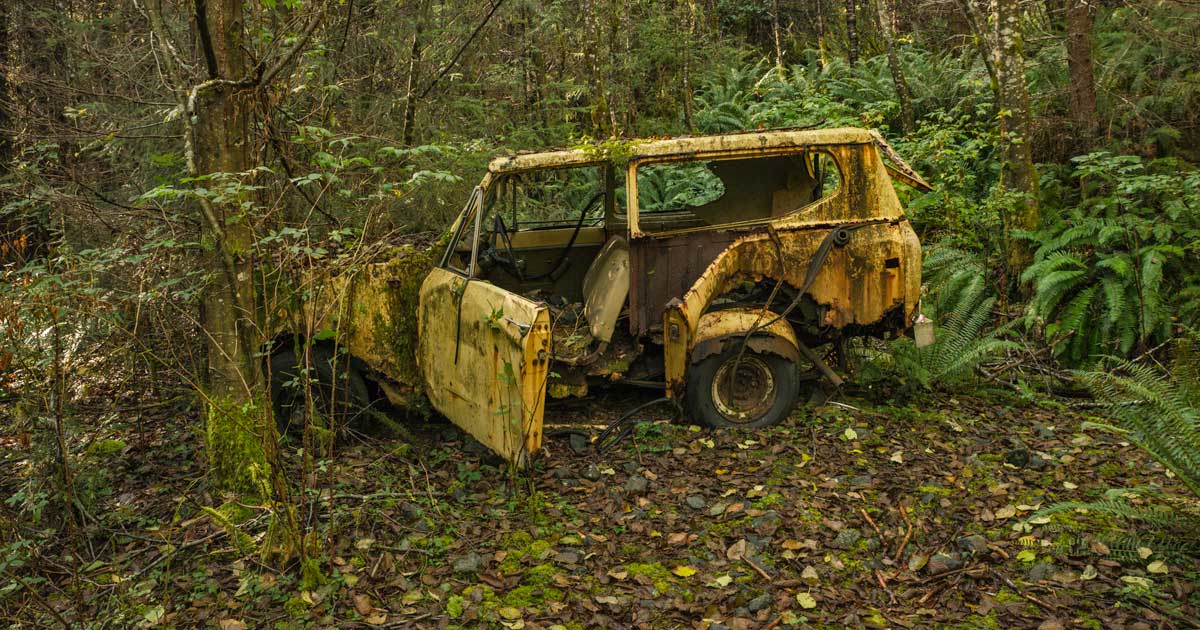 How Did They Get There? Abandoned Cars From Around the World
Are you a car lover? Do you consider your vehicle to be your baby? If so, these photos of abandoned rides might haunt you. Some of these abandoned cars are ...
click here to read more
Advertisement - Continue reading below
Share  On Facebook

Not So Crafty: These Pinterest Fails Will Have You Rolling on the Floor Laughing

Your Quick Guide to a Zero-Carbon Home

Need a Getaway? Visit One of These Small Towns During the Holiday Season

Never-Before-Seen Pictures From Woodstock That Capture the Historic Festival

These 20 Amazing Duct Tape Hacks Will Blow Your Mind