If you visit a medieval castle, you might be thrown off balance as you climb their uneven, clockwise stairs. As you climb the stairwell, you’ll also find that your right arm’s range of motion is surprisingly restricted, while for lefties arm stretching and waving room is spacious.

Why did medieval builders design stairs clockwise? The medieval age ran rampant with violence, with enemies frequently attacking each other in an almost Game of Thrones fashion. Castles were therefore not just magnificent homes, but also massive fortifications. Architects implemented dangerous design into these castles, turning them into houses of horror for attackers.

One brilliant death trap were stairwells. Going up the tower, attackers were forced to climb clockwise. Since most armies were right-handed, their sword hands were crammed against the wall’s interior curve; consequently, the attackers couldn’t swing their swords. Defenders of the castle, on the contrary, had their sword hands to the outside wall, and therefore had ample room for sword movement.

Stairs were also purposely made uneven, a culmination of tall and short steps. Therefore the defenders, having been accustomed to the step pattern, could climb and descend much quicker than their attackers.

So the next time you tour a castle and find yourself stumbling in a dimly lit tower, take a moment to appreciate the ageless effect of medieval architecture. 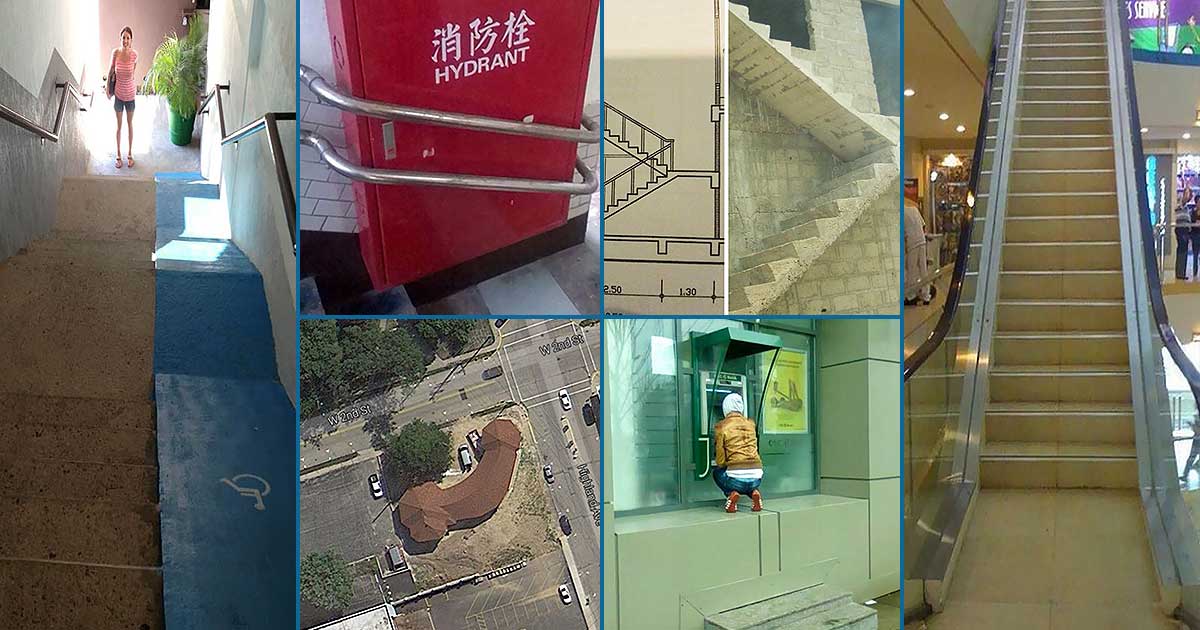 Architects and Builders Who Had One Job and Completely, Disastrously Failed
If architecture were easy, everybody would be doing it. But designing a building or room, or whatever it is, is difficult. Most of the time it works, but then there ...
click here to read more
Advertisement - Continue reading below
Share  On Facebook