With so much history and a vivid melting pot of culture, it’s not a surprise that there is no shortage of interesting ghost stories in Louisiana. Historic plantations with dark pasts, cemeteries that house the remains of real-life witches, and derelict, century-old buildings are all steeped in curious tales.

Check out Louisiana’s most-haunted properties below, and SHARE with the friends you might take on a visit to the spooky state!

This mansion in Old Arabi burned down in 2013, so only a field remains. Before this, however, it functioned as an indigo plantation, hotel, boarding house, and even an illegal casino, but it’s come to be known mostly for being shrouded in rumors of ghostly occurrences. In fact, the fire was deliberately started by seven men exploring the home looking for ghosts.

In the area between Many, Louisiana, and Zwolle, Louisiana, near Loring Lake, a weeping woman is said to haunt. There’s a lot of supposition about where her grief stems from, but the most popular is that the cries of this woman are heard because her baby was stolen.

Rumor has it that Marie Laveau can still grant wishes from the grave. In “Bloody Mary” style, you have to draw an X on the tomb, turn around three times, knock on the tomb, and yell out your wish. If it’s granted you must return to the tomb, circle your X, and leave Laveau an offering. Do you care to dabble with black magic?

Renowned in New Orleans lore as the Savage Mistress, LaLaurie became famous for the depraved brutalization of its slaves. After a great fire exposed Madame Delphine’s secret torture chamber of mutilated victims, she and her husband fled to France and the LaLaurie mansion went through a series of new owners. The French Quarter home was owned in 2007 through 2009 by actor Nicholas Cage.

A well-known tale has circulated at Louisiana State University for some time now about a girl who shot her boyfriend, and then turned the gun on herself. Other versions of the story say the girl actually jumped off the roof of then-named Smith Hall, but police records don’t provide proof. The building was once a hotel, and in Room 312 (where the girl supposedly killed herself), guests reported feeling a presence in that room.

South of Shreveport, an abandoned prison is said to be haunted as a result of the beatings and murders of prisoners during its heyday in the early 20th century. The crops grown here were sold to generate funds for the prison. For defiant inmates, the rule was often simple: You don’t work, you don’t eat! Years of exploitation, depression, and violent abuse are certainly going to muster up some vengeful spirits.

The spot where America’s most famous outlaws saw their end is — inevitably — the site of many haunting rumors. Legend goes that during a full moon you can hear gunfire. That’s a myth that doesn’t really hold up though, considering Bonnie and Clyde died in the bright morning sunshine.

Notoriously known as one of America’s most-haunted homes, this former plantation is said to be plagued with the spirits of its harrowing past in slavery. Many have reported capturing photographs of former slaves while staying at the inn, one example of which is pictured above. What do you think?

Bentley Hotel provided a luxurious stay for such notable guests as Henry Kissinger, Dwight Eisenhower, John Wayne, and Roy Rogers. A nice stay might come at a cost, however; the hotel is apparently still haunted by the man who built it, Joseph Bentley, as well as by the ghost of a young girl who fell to her death down the elevator shaft. Another supposed ghost is that of a man who died from a fall off the grand staircase in 1985. Perhaps the hotel isn’t haunted but just cursed — cursed to making klutzes of its residents!

Cajun country has its fair share of hauntings, too. A voodoo priestess named Julie White is said to have lived in the Manchac swamp when she predicted that her death would take the lives of many others, too. Then, on the day of her funeral, a hurricane hit, killing many. Some people have claimed to hear a voice singing the song White sang on the day of her death: “One day I’m gonna die, and I’m gonna take all of you with me.” Not only this, the Manchac swamp also is rumored to be home to the Rougarou, the Cajun werewolf. 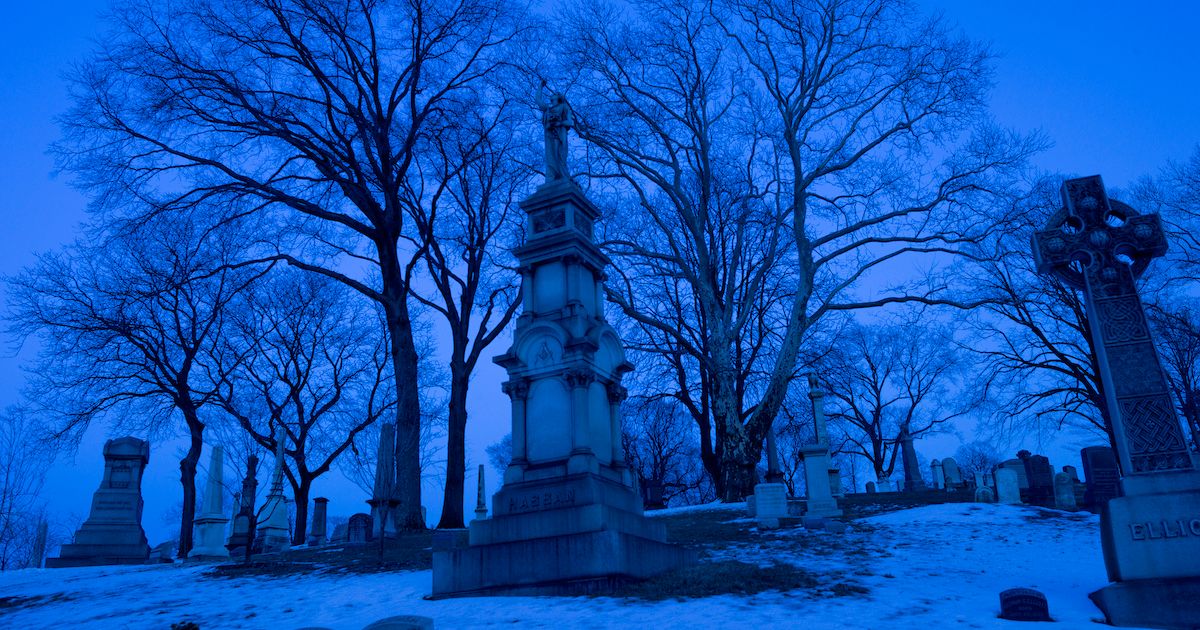 Creepy Cemeteries From Around the World
For millions of years, human beings have agonized what to do with the remains of their loved ones, with some coming up with… inventive solutions. However, sometimes these off-the-(sometimes literal)-wall ...
click here to read more
Advertisement - Continue reading below
Share  On Facebook

These Tourists Took Ridiculously Awful Photos While on Vacation

Female Soldiers All Over the World