There will be a dining experience like no other on the Norwegian coastline where you will eat your fish while watching them swimming by your table. It’s Europe’s first underwater restaurant, aptly titled “Under,” which is loosely translated to “wonder.” You experience a sense of awe watching the underwater world go by.

Picture watching National Geographic on a gigantic high-def television screen, except you are actually under the water looking at a periscopic view of the wild fauna and flora of the sea through the restaurant’s massive 36 x 13 panoramic acrylic windows.

Under was designed by Snohetta — an internationally renowned architectural practice — which won an award for its work on the Norwegian National Opera & Ballet and created the pedestrian plaza in New York’s Times Square.

The structure of Under has a monolithic form — half-sunken into the sea — 16 feet below, with its entrance breaking through the water surface to lie against the rocky coastline of Norway’s southern tip. The concrete walls are three feet thick to withstand the pressure and shock from the rugged sea it will lie in. However, there are no accommodations made for a rough day of sea where fresh, salty ocean may spray against your face as you enter the restaurant.

Under has been sensitively designed for its aquatic neighbors. Located by the port of Båly, this dining aquarium will also serve as a research center for marine life. Encapsulated in a concrete shell, its coarse surface will become a natural haven for mussels and mollusks. Over time, the submerged monolith will become an artificial mussel reef that functions dually to rinse the sea and naturally attract more marine life to its purified waters.  Researchers will monitor it so fish and shellfish can thrive in proximity to the restaurant.

“One of the benefits of this building is how it links nature and land, and how you can come safe from the land and in a very dramatic way go down through this concrete tube to the nature at sea level, and experience what normally is not experienced. It should be an exciting experience, but people should also feel secure and well when sitting down there,” lead architect Rune Grasdal told CNN.

As visitors begin their journey under the sea through the restaurant, they descend through three levels. The first level – the entrance — where the tide pool is swallowed by the sea, is where guests can check their coats. The next level down is the champagne bar, which marks the transition between the shoreline and the ocean. It’s inspired by colors of shells, rocks, and sand. Guests can also look down at the seabed level of the restaurant, the main dining room, submerged in darker blue and green colors of the sea.

There is no word on the menu just yet, but the question remains how guilty you will feel feasting while watching what is very much alive floating by. 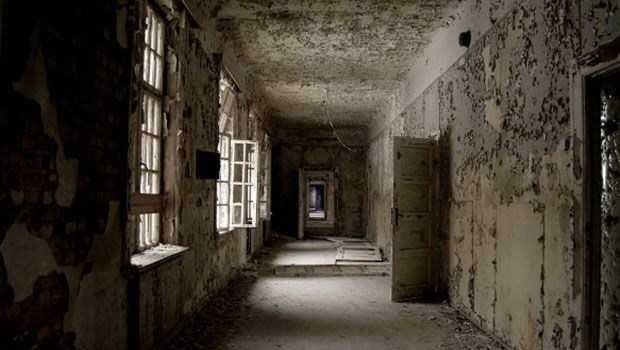 The World’s Most Terrifying Haunted Asylums
Forget the PSL as the fall season kick-off, and visit one of the world’s scariest haunted asylums instead! This is the perfect trip for horror lovers, thrill seekers, and — ...
click here to read more
Advertisement - Continue reading below
Share  On Facebook

Regal Photos Of The Royal Family And Their Cars

You Won’t Believe These Secrets About ‘The Three Stooges’

Drone Photos Taken In Mid Air Will Have You Feeling Uneasy

These Beloved TV Shows Were Hiding Scandals Behind the Scenes