The father of gothic horror, Edgar Allan Poe died in Maryland, so it’s no surprise that the kinds of places featured in his literature actually exist in the state. People do not visit Maryland exclusively for its amazing crab cakes, stunning coastlines, and historical sites. It also is home to an array of locations steeped in urban legend, which will appeal to any budding ghostbuster.

Fort McHenry was the inspiration behind Francis Scott Key’s The Star Spangled Banner. At an attack on this fort, several soldiers lost their lives. Now, visitors are convinced they’ve seen the ghosts of those who so unjustly died, such as a man dressed in Confederate gear marching as if he’s still on duty. Other senses also have been tingled by the historical site’s past: Visitors have noted the smell of gunfire wafting through the compound and the sound of marching drums in the distance.

There are varying origin stories the Goat Man, who, according to urban legend, roams Fletchertown Road. Some have heard it was the product of a human-animal breeding experiment who escaped from the nearby Department of Agriculture Research Center. Others believe it is the incarnation of a former goat farmer who went crazy after teens killed his goats. The creature is said to have murdered and eaten many victims (including dogs) in the 1950s and ’60s. As recently as the 1970s, people have claimed sightings in the area’s woods. Witnesses said he had red eyes and tattered, bloody clothing.

The story goes that a witch once lived in what is now Truxton Park in Annapolis. She was hanged for her supposed witch status, and then buried in the woods — past the third baseball field near a slanted tree. Supposedly the witch escaped from her grave with a thirst for vengeance, killing her executioners. On past Halloweens, revelers have claimed to have seen her victims’ apparitions hanging from the slanted tree in question. So, if you fancy a Blair Witch Project of your own, you have your directions.

Point Lookout has been home to countless tragedies and disasters after functioning in many different ways. It once served as a POW camp, then as a hospital during the Civil War era, a hotel that was eventually destroyed by a fire, and finally as a lookout point during the Revolutionary War. A man in Civil War-era clothing is one of the the plot’s resident ghosts. Anyone who has catches a glimpse of him attests that he is in dire physical shape, and he smells of gunpowder and mildew. It is believed he suffered from smallpox.

Guests of this hotel often complain of having trouble sleeping, usually because of an inexplicable presence that they feel in their room, but this is not limited to the bedrooms. Some people in the elevator and lobby have experienced the sensation of being touched by a pair of hands. The 19th floor is the most haunted: The elevator goes up there without being prompted, and the ghost of a little girl rocking back and forth has been spotted by guests. Even the hotel’s supervisor has seen two adult ghosts. Locally, it’s believed that a married couple committed suicide by jumping off the Lord Baltimore Hotel after the stock market crash of 1929, leaving behind their young daughter, which might explain those three apparitions.

After John Wilkes Booth shot Abraham Lincoln, he broke his leg jumping from a balcony, and Dr. Mudd came to his aid at this home. Mudd was sent to prison as an alleged accomplice. As word spread that he medically assisted Wilkes, his reputation was destroyed. Today, visitors at the house say they’ve felt cold presences and heard unexplained knocking, and some tourists have even insisted they’ve seen the ghost of Mudd himself. Sometimes, Booth’s bed looks recently slept in, despite it being a forbidden zone. The house was featured on Ghost Hunters, and the technologies used picked up a strange voice saying, “I am innocent.”

The Maryland State House is steeped in the paranormal, which one might not have suspected for a political building. The most famous of all the hauntings and legends involves Thomas Dence, who served as the building’s plasterer. While working on the dome structure, Dence fell to his death. Apparently, his ghost still wanders the grounds. The old Senate chamber, known for being the room in which George Washington resigned, also is said to be haunted by an unidentified spirit (perhaps even that of Washington).

The Glenn Dale Hospital opened its doors in the 1930s to treat and house people who suffered from tuberculosis, known then as consumption. It is popularly believed that when Glenn Dale was a functioning facility, the patients there endured torture and were subject to experimental treatments. The hospital was closed in 1984, though some people still brave a trip inside to investigate. Some have reported hearing strange noises, yelling, banging, and even laughter, while others have noted the smell of burning flesh. One of the past ghost sightings was of a figure wearing a straitjacket.

The Jericho Covered Bridge is located near the historic village of Jerusalem Mill, and it is infused with supernatural vibes. The bridge was constructed in 1865, but it is believed that an older bridge once crossed the area, which may account for the sense of unfinished business that lurks there. Many late night passersby have claimed to have their car stall on the bridge. What most people say they’ve witnessed, however, are specters of people hanging from the trusses above them. Could they be the silhouettes of teens who hung themselves in a suicide pact? Or were they what others believe to be runaway servants and slaves who were lynched? Either way, we’re spooked.

The headless horseman of Sleepy Hollow, New York, has some competition. Locals tell of a ghost named Big Lizz who haunts the Decoursey Bridge and Greenbriar Swamp in Cambridge, Maryland. The stories say she was beheaded there by her master after going into the swamp to help him bury some money. Some claim to have seen her apparition in the area, holding her head in her hands as she attempts to lead those who can see her to where the money is. On top of this, there also are several alleged crybaby bridges in Maryland, where nighttime visitors may hear the sounds of a baby crying, though none are ever nearby. 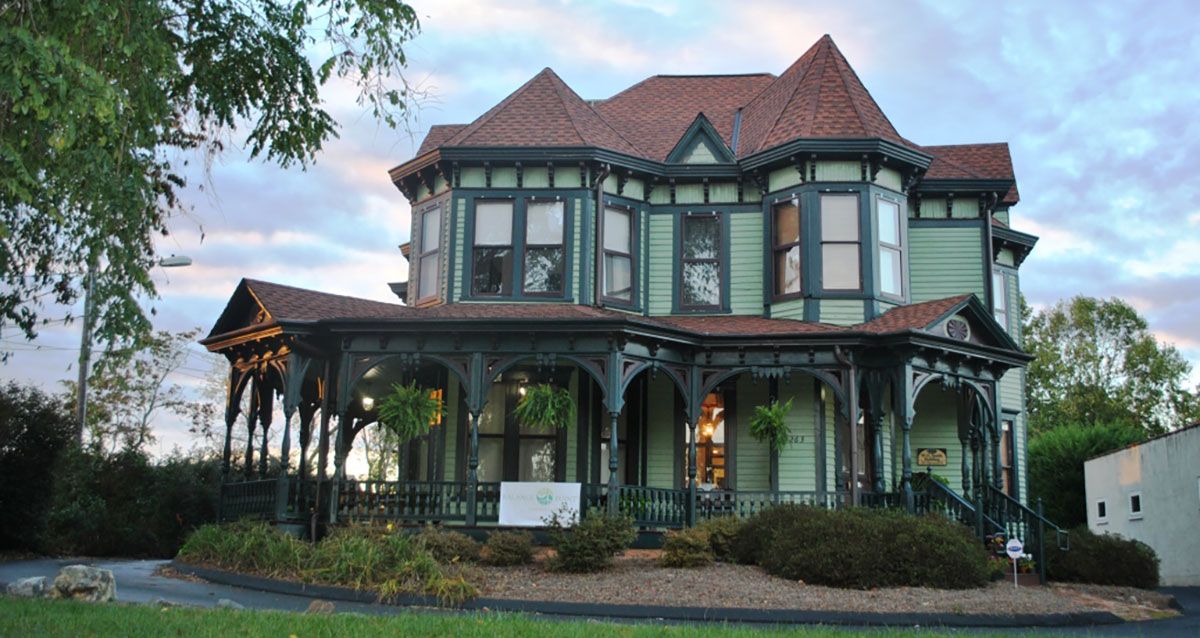 Want to Buy an Old Home? Check Out These American Cities
Living in the modern world but looking for an old home? There’s a place for that! Well, many places. Plenty of American cities are renowned for their vintage charm, giving ...
click here to read more
Advertisement - Continue reading below
Share  On Facebook