You might think of the zoo as a fun place to visit, but they’re actually pretty controversial places. Many animal rights groups think it’s wrong to keep a wild animal in a small enclosure, forced to live its entire life in unnatural captivity.

The conservationist side argues that zoos are good and that they actually benefit animals. Many zoos keep animals in order to perform more research and to learn more about them. In many cases, they help raise money that can go toward animal conservation and preservation efforts.

But no matter what you may think about zoos, this next story of one zoo in China will shock you. One man, only known by his online username, “Yuan Shengpen bless,” was visiting a zoo with his girlfriend one day when he noticed one strange enclosure.

He was at the Dezhou Zoo located in eastern China when he spotted an enclosure that just didn’t seem right. They had approached the wolf exhibit, which was filled with a small pack of wolves. But one of these animals just wasn’t fitting in.

Notice anything strange about the pictures yet? You might quickly realize that this is not a wolf at all, rather, a Siberian Husky! While the resemblance is pretty similar, anyone can easily realize that this poor, innocent Husky is not meant to be behind a glass pane! To make matters even more tragic, the visitor reported that he had seen the husky limping around as well!

It didn’t appear that the other wolves were harming the husky in any way, but something wrong had clearly been done to the animal to cause it to walk like it was hurting in its back leg. Dogs and wolves are from the same family. However, dogs can be domesticated, and often require a lot of attention from humans. Wolves are wilder and are meant to live in large packs in natural territories.

Although these two animals are similar in ways, they definitely are not meant to be together. Huskies are domesticated pets, while wolves thrive in the wild. You can imagine what it’s like bringing those two worlds together like this.

After these photos and this story went viral, the zoo finally came forward to speak.

They stated that the husky and the wolves were living together peacefully and that it was being treated for the limping leg. They stated the dog was added to increase interest among visitors and tourists. Although they may state this, many people are still concerned for the animal’s protection.

They worry it’s not getting the proper nutrition, as wolves are known to be very protective over their own food and only share with their pack. They also worry that if this is happening in one enclosure, what are the rest of the animals in the zoo like?

Luckily, PETA U.K. is in contact with the zoo and will be checking on the welfare of the dog frequently. 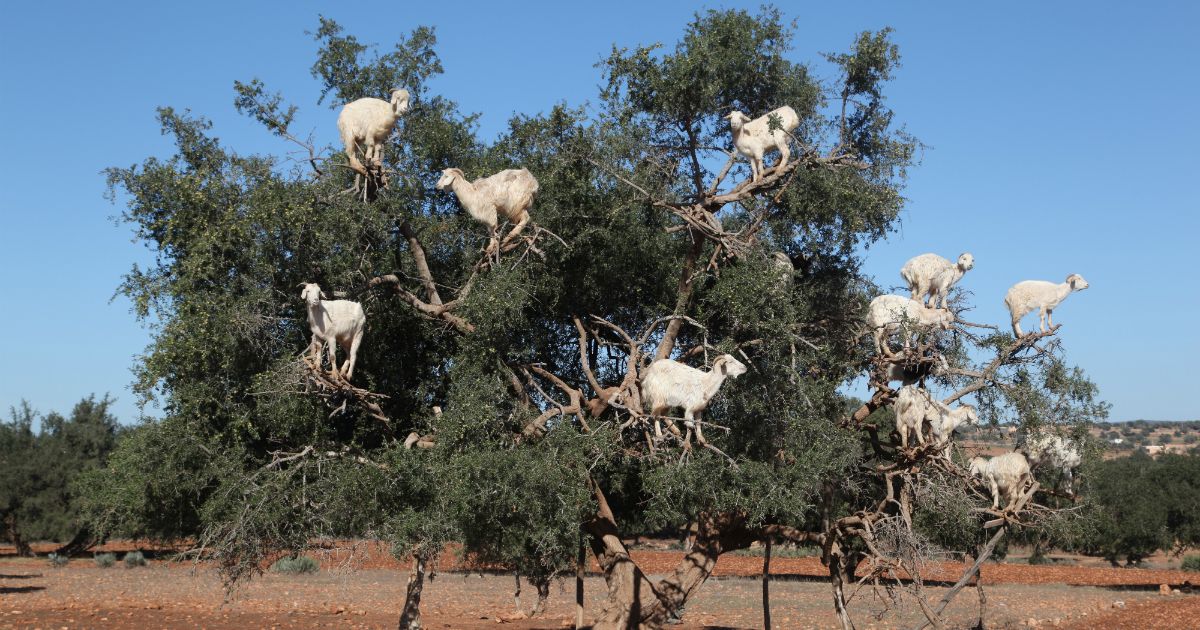 These Are the Most Surreal Natural Wonders on Earth
Most folklore has evolved from the uncanny in nature, but today’s science can explain the most surreal natural wonders. But even with our knowledge, we can’t help but be startled ...
click here to read more
Advertisement
Share  On Facebook

Salaries of the Highest-Paid News Anchors

Popular Foods That Aren’t What They Pretend to Be

Consider Yourself a Civil War Buff? Take This Quiz and Put Your Knowledge to the Test

This Girl, 7, Uses Lottery Winnings to Feed the Homeless on Thanksgiving