Turning 100 years old is no easy feat, and sometimes you need some help along the way. A woman from Kentucky named Dixie Howard spent Thanksgiving Day with her family, celebrating her 100th birthday. However, it took a medical miracle earlier in the week to do so.

Howard suffered a major stroke earlier that week, something that few people of her age ever survive.

Howard lives in an assisted living facility in Louisville, Kentucky. It was a seemingly regular Tuesday, other than the fact she was turning 100 in a few days. She was playing bingo with other residents when something horrific took place.

The 99-year-old woman felt her entire left side become completely paralyzed. As a result, she couldn’t speak and no one could understand what she was trying to say. Quickly, they realized that she was suffering from a stroke and had her rushed to the hospital.

Her family got the news and were obviously devastated. Her granddaughter, Haley, remembers getting the call. She was incredibly shocked and scared, as Howard was the only grandparent she grew up with. Being that she was so old, the family was not that optimistic about her chances.

Unfortunately, neither were the doctors. Doctor Shervin Dashti says that her brain was very quickly becoming deprived of oxygen. He also said that a stroke that big on one side of your brain is almost never survivable at Howard’s age. But despite this chilling prognosis, the doctors still did everything they could to save her.

Miraculously, they were able to do it. They removed the blockage from Howard’s body and she almost instantly returned to normal. Feeling came back to her left side, and she was cracking jokes and talking normally only minutes later.

Her granddaughter Haley said it was nothing like she had ever seen before. The family said goodbye to Howard before the surgery, and they thought that would be the final time they would see her alive. But shortly afterwards, she seemed completely fine.

After the procedure and her incredible recovery, Howard next had her sights set on getting out of the hospital for her 100th birthday, a birthday that she shared with her granddaughter. While she did not get out of the hospital immediately after the stroke, she was very happy and thankful that the doctors were able to save her life.

On Thanksgiving day, the entire family felt truly blessed to still have Howard alive and well. While the party took place in a hospital room, everyone was there — including her friends from the assisted living facility, her family and even the staff of the hospital. It was truly a birthday and Thanksgiving celebration that everyone would remember.

As for how she was able to reach that miraculous age in the first place, Howard has some advice. She has been active throughout her entire life from biking, to skiing, to rollerskating. She also claims that she has a cocktail every single night. Although, what works for her might not work for everyone.

This miracle is one that no one in her family will ever forget. 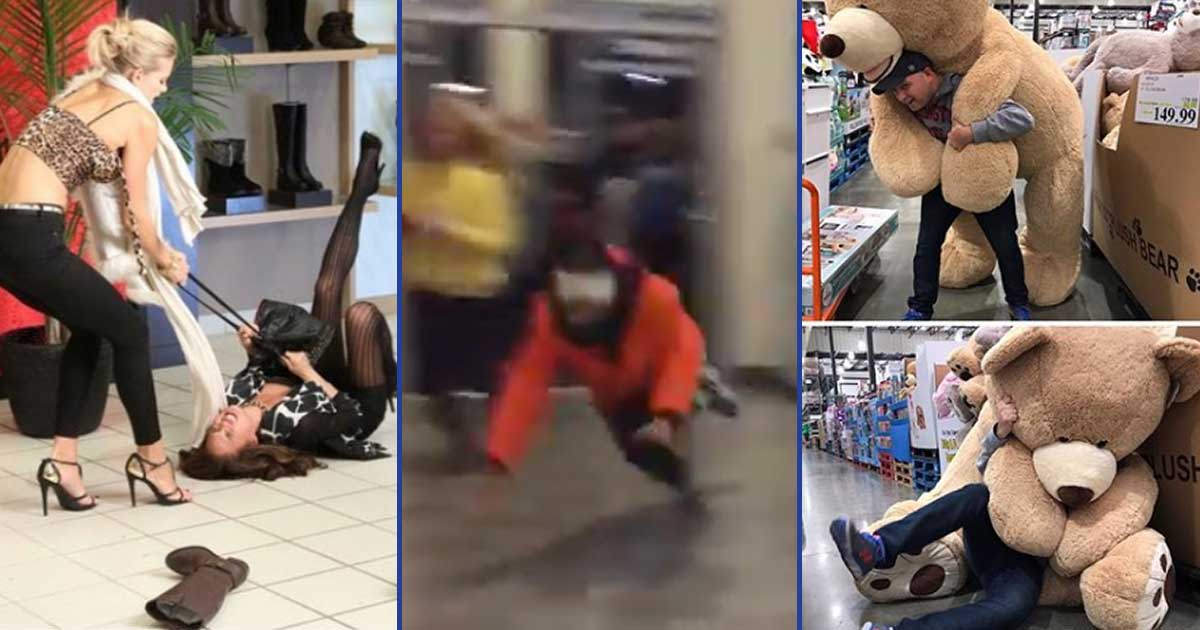 These Funny Black Friday Fails Will Have You Praying for Humanity to Be Better
Ah yes, Black Friday. One day after we profess how grateful we are for everything we have, hoards rampage through stores gobbling up the best sales and deals on the ...
click here to read more
Advertisement
Share  On Facebook

Firearms Quiz: Can You Name the Type of Gun by Looking at the Photo?

These Supermarket Fails Are Completely and Utterly Ridiculous

The Strangest Roadside Attractions in Every State