No matter what you do for a living, anyone who works a 32-year career deserves some praise and recognition for the work they put in. This is especially true for the individuals who put their heart and soul into those jobs throughout their entire career.

And someone who fits that bill is Freia David, who lives in Needham, Massachusetts. David worked the french fry station at her local McDonalds for over three decades. She was not only a loyal employee at the store, but she was also loved by everyone she worked with and the public as well.

And while working at McDonalds is sadly often dismissed as “not a real job,” but for many people it is a good and honest wage that works for them. Also, David has Down Syndrome, which means that finding and maintaining employment comes with its own potential issues and challenges, that others might not face.

But David found a place she loved to work, way back in 1984. That was the year she started at McDonalds at just 20 years old and has been serving fries to happy customers for over a quarter of a century.

Unfortunately, there is still a large stigma against Down Syndrome and a lot of misconceptions about the disease as well. In the modern day, more and more people with Down Syndrome are educating others about their condition and how living with it is not how many people believe it to be.

David retired from her position on August 29 and was given a nice and warm send-off both from McDonalds and the community on Needham, which she served for 32 years. Her career and success shows us that no matter what challenges you are faced with in life, perseverance can lead to great things. Also, her retirement party shows just how much she meant to her community.

In addition to working at McDonalds, David lives at the Charles River Center, which is an assisted living facility for children and adults with developmental disabilities. The center helps match up residents with jobs and internships.

The staff at the living facility joined her employers at McDonalds in throwing her a little retirement party. But the party wasn’t only for her, as the public was also invited to join in the celebration and even got a free small fries for coming.

She was also given a certificate and in recognition of her good work and the owner of the store gave her a great speech that touched on how much she meant to the company, the store and the community. After retiring, she plans to continue her programs at the Charles River Center, and she enjoys listening to old music and drawing.

And whether you agree with the type of food that McDonalds serves, you can’t help but praise them for how they recognized her and helped her work a long and prosperous career. The program she was in has also helped over 80 other people with disabilities work in Needham. 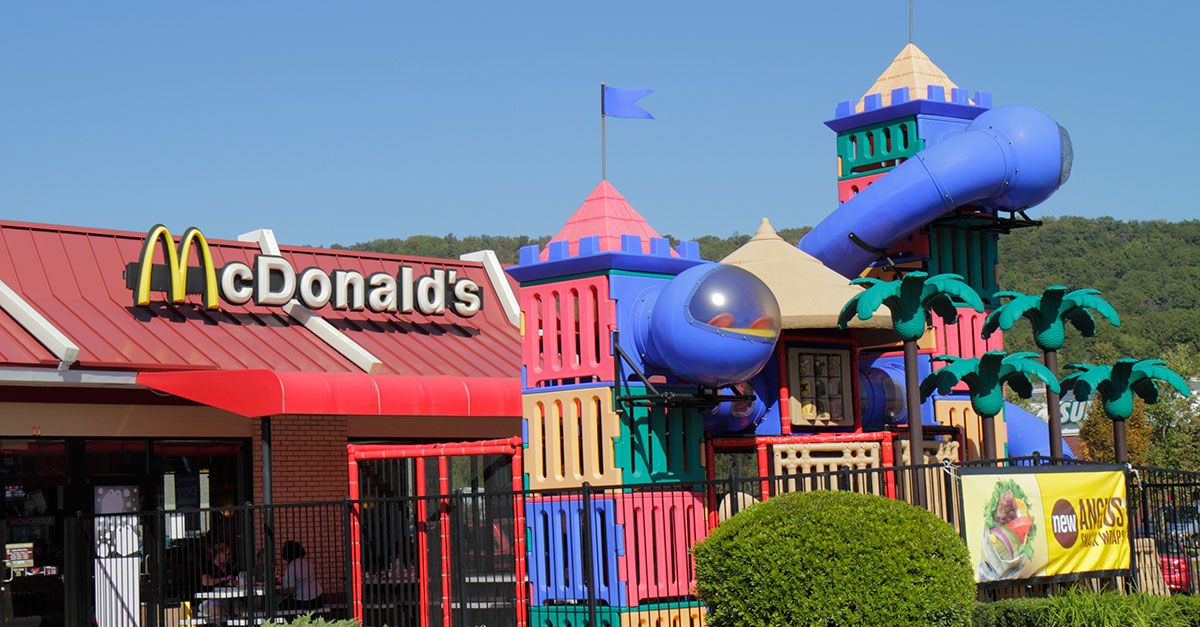 The Gross Reasons Why Fast Food Play Places Are Going Away
In the 1980s and 1990s, play places at fast food restaurants were a big part of the culture and experience of visiting a McDonald’s or other family-friendly location. An effort ...
click here to read more
Advertisement
Share  On Facebook

Can You Identify These 80s TV Shows by Just One Image?