The Big Apple, or the Big Pumpkin? New York State is brimming with haunted places that would be perfect for a fall visit. Most are outside of the city proper, but a venture outside of the city limits is worth it for a spook. While cemeteries and abandoned buildings are definitely more frightening when there’s a chill in the air and the trees have lost their verve, these places are sure to spook you any time of year.

A cemetery — are you surprised? This one is as notorious as its sister Hollow (Sleepy!) Not only are many of those eternally resting here children, but according to lore, it was the place where a 7-year-old mentally disabled girl was stoned to death by her own village for unknown reasons. Another spirit also supposedly resides here, that of a little boy who follows visitors out to the main entrance then disappears, acting as the graveyard’s guardian. People often speak of hearing unearthly moans, seeing apparitions and orbs, and having electrical failures (flashlights and cameras mostly) once they step into the graveyard’s confines.

On its opening in 1843, Utica State Hospital was the first state-run hospital for treating the mentally unwell. Still, its original good intentions were actually quite eskew. Facilitators regularly performed lobotomies and electroshock therapy (American Horror Story season 2, anyone?!) The living quarters were filthy, neglected, and cramped, reflecting the care given to patients. The infamous Utica Crib alone could cause hauntings: It was a coffin-like cage where unruly people were locked. The building closed in 1973, but faces have been spotted looking out the window, and screams have been heard from the abandoned building.

This 19th-century poorhouse was the site of many gruesome deaths, and as many as 17,000 bodies are said to lie beneath the premises. In its heyday, the large farmhouse housed poor vagabonds and the mentally unwell in return for their labor. It was later used as an infirmary, orphanage, hospital for TB patients, and a nursing home. Patrons of the public and private tours have claimed to witness paranormal activity in the psych ward, morgue, graveyard, and the former bedroom of Roy, who now haunts visitors as a 7-foot-tall “shadow man.”

Lake George is the source of a lot of supernatural phenomena, it seems. Though the Fort William Henry Museum is actually only a replica of the original British stronghold off of Lake George, that allegedly hasn’t stopped those who died in a bloody massacre from returning to the grounds in droves. It was 1757 when the French seized and destroyed the military stronghold during the French and Indian War. It is this mass killing that has inspired a ghost tour at the site, visitors to which claim whisperings, mysterious scrapes appearing on their arms, and shadowy figures in their photographs.

This one you’re probably familiar with, thanks to a “nonfiction” book or the franchise of horror movies based on its story. History is undeniable though, and in the early ’70s a 23-year-old man did indeed murder his family here. When the Lutz family bought the house after the murders, they reported weird smells and creepy feelings, paired with ominous visions, like that of a demonic pig at a window. They moved out 28 days later. It was most recently bought in 2016. Is it just us, or do those windows look like eyes?!

The abandoned Forest Park Cemetery, known locally as the Pinewoods Cemetery, is the kind of place you’ll only go to if your into the skin-crawling sensation. Inexplicable “cold spots,” the bleeding of decapitated angel statues, and missing coffins from mausoleums are just some of the warning signs that might make you want to give this place a miss. Otherwise, you might not be able to leave — in the mausoleum, people have described a heavy uneasiness that nearly froze them — preventing them from leaving and tugging them back as they tried. Yikes.

This hotel of grandeur, which overlooks Lake George, wouldn’t strike anyone as anything but a getaway for rest and relaxation. You may want to forget about both of those r’s though. At the gorgeous 19th-century Victorian resort, stories are abundant of ghost sightings, mainly in the elegant restaurants and outdoors. About 70 years ago, a small boy who would often sell lost golf balls back to pro shop customers was hit by a car during his search for more balls. Legend has it that if you listen very closely, to this day you will still hear him giggling.

The Winery at Marjim Manor, Appleton

It may have been the subject of both the Travel Channel’s Most Terrifying Places in America and SyFy’s Ghost Hunters, but the owner of this winery assures the public that any spirits present here are not malevolent. That’s a pretty important assertion when your business relies on tourists who like wine and taking in picturesque views of Lake Ontario rather than ghosthunters. Don’t freak out if you feel something against your leg—it’s probably just the friendly ghost pooch.

While objectively stunning (the grounds and buildings were modeled after Thomas Jefferson’s Monticello estate), like many of America’s state-run facilities for society’s most vulnerable, Letchworth Village’s care for the disabled was far from exemplary. The institution is well-known for keeping patients dirty and unclothed, and having them sleep in squalor. This also is the place where the very first human trials of vaccines were tested on young children (in this case, for polio). These days, trespassers have gotten their comeuppance in the form of weird sounds, moving objects, and other ghostly activities.

At this theater, you can get the horror without the film. Ghosts are said to lurk around the former site of 1920s Hollywood glamour, and there are three in particular who are intent on making sure that people don’t forget they were there. Clarissa, an actress who supposedly died falling from the balcony, likes to make her presence known by the smell of lilacs, while stagehand Oscar might make the lights flicker and behave strangely. Janitor Charlie is the last dude who just refuses to clock out of work.

What do you think of these haunted New York destinations? Are you up for a visit? Let us know about other haunted New York sites in the comments, and don’t forget to SHARE this list with your friends. How else are you going to plan a trip?! 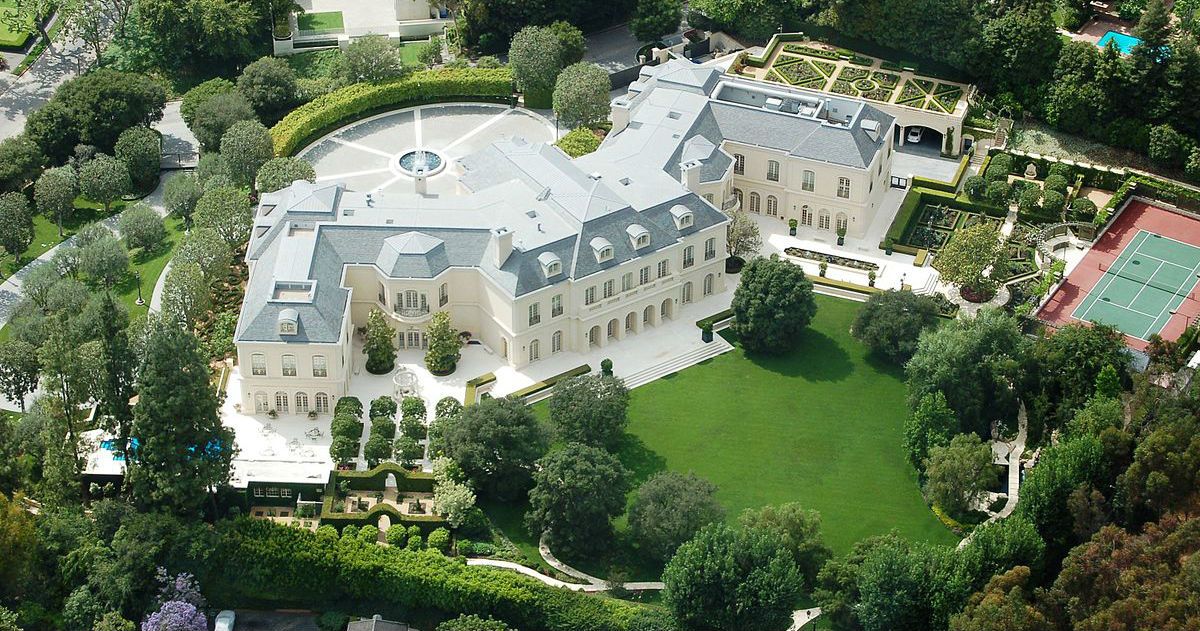 You Won’t Believe These Insane Mansions of the Rich and Famous
We’ve all played that game: What would you put in your dream house? Maybe a movie theater, an arcade, or an industrial kitchen? Or even something crazy, like a shark ...
click here to read more
Advertisement - Continue reading below
Share  On Facebook

Ready for the SAT? Find Out With This Vocabulary Quiz