In 1906, the Milwaukee Solvay Coke and Gas Co. constructed a plant on the south side of the city. The plant was built to deliver natural gas to residents in the area at a time when national pipelines had not yet been constructed.

The company managed to keep the plant in operation for 77 years before closing in 1983 and then quickly abandoning the facility.

For the 33 years that have followed, the building has fallen victim to the elements, eroding on a daily basis to the point of nearly collapsing.

Despite a call by the EPA to clean up an extensive amount of toxic arsenic, lead, asbestos and other chemicals, the location has become a favorite photography spot for urban explorers.

The crumbling building has recently fallen victim to the work of various graffiti artists.

The site was built in a unique location which allowed railroad tracks to pass directly through the building, making for each transport of materials at a time when the nation’s highways were still being constructed.

The floor of the building is covered in parts of its ceiling, which long ago collapsed. Explorers will also find various items left behind by workers when the plant was abandoned.

Look closely at the rubble in the building and you’ll even find bottles of chemicals which were simply ignored during the factory’s last days. The company chose to leave behind dangerous items rather than responsibly removing them.

Photographers love the natural light that dances off the inside of the building’s remaining structures. The light showcases the rapid deterioration of the structure while offering some captivating photography.

Amazingly, much of the building is still standing tall, allowing photographers to capture our imagination. It’s easy to picture in this photograph what a day in the life of a worker may have looked like while working at the gas company.

On the outside of the building, there still stands several true testaments to the masonry genius that went into the building. Minus the graffiti, these structures have stood the test of time for more than 113 years.

At night, it’s amazing to see just how far this once grand building has fallen. The fact that photographers are still able to capture the beauty in its destruction is a true testament to their abilities as photographers and urban explorers.

While it’s a beautiful site to photograph, keep in mind that the Milwaukee Solvay Coke and Gas Co. left the building in horrible shape. A dangerous concoction of poisons remain today. If you plan on exploring this site, make sure you take every precaution possible or you might be heading out to your final photography session.

Photographer Thomas Hawk, the man behind many of these photos, does remind us in the end that the sun will continue to set on this building until its final days and despite all of the decay, it’s still an opportunity to capture some amazing moments in time. 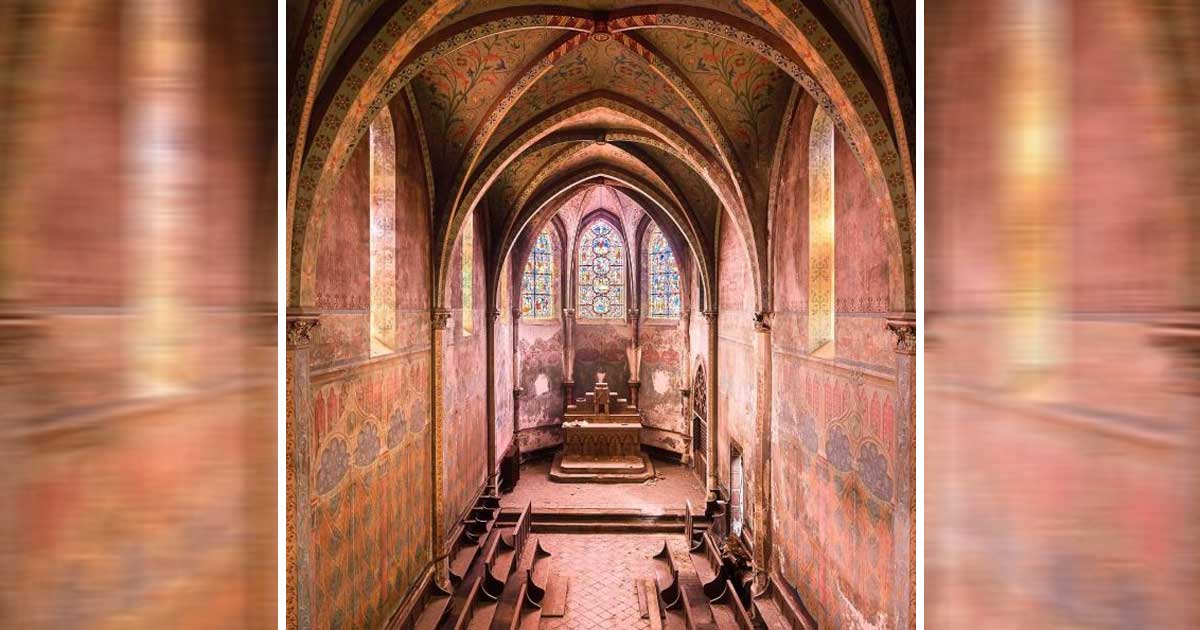 SEE IT: Abandoned Churches That Are Rich in Beauty and History
Some things get more beautiful with age. (Be sure to tell your mother that!) These timeworn abandoned churches and chapels are proof of that. This photography is imbued with rich ...
click here to read more
Advertisement
Share  On Facebook

This Creepy Abandoned House in Detroit Comes Alive for One Weekend

This Is the Hardest Civil War Quiz You’ll Ever Take

Spend the Night in These Haunted Hotels — If You Dare